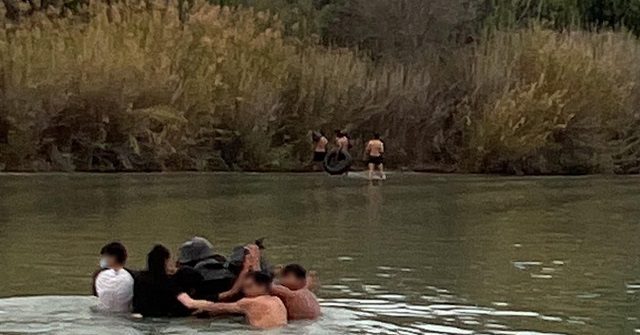 Laredo Sector Border Patrol agents stopped more than 800 migrants from illegally crossing the Rio Grande into Texas last week, according to the sector chief. In addition, the agents apprehended 2,000 more who crossed the border into South Texas between ports of entry.

Laredo Sector Chief Patrol Agent Carl E. Landrum tweeted images of migrants being smuggled into the U.S. from Mexico. The images also show some migrants being stopped from crossing the border river and sending them back to Mexico.

This past week, #USBP Laredo Sector agents apprehended over 2,000 undocumented individuals illegally in the U.S. and deterred over 800 subjects from entering illegally.

Laredo Sector agents remain vigilant in their work to protect our nation and our community from all threats. pic.twitter.com/7WoLFmdCzf

In addition to the 800 turn-backs, agents apprehended more than 2,000 migrants in one week.

“Laredo Sector agents remain vigilant in their work to protect our nation and our community from all threats,” Chief Landrum stated.

The Laredo Sector is the only southwest border sector to report a decrease in migrant apprehensions for the first quarter of Fiscal Year 22. Agents apprehended nearly 23,000 migrants — down from more than 25,000 during the same period last year, according to the December Southwest Land Border Encounters report.