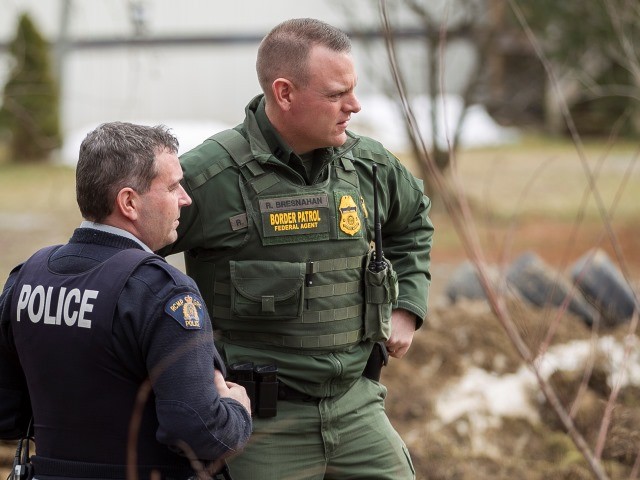 An alleged drug smuggler reportedly assaulted a U.S. Border Patrol agent as he attempted to arrest the man who illegally crossed the Canadian border into Washington. Two suspects fled back into Canada but were arrested by police in that country.

Blaine Sector Border Patrol agents observed multiple people crossing the Canadian border into the U.S. east of the Sumas Port of Entry on Thursday night. As agents arrived on the scene, they observed two subjects carrying large backpacks, according to information obtained from U.S. Customs and Border Protection officials.

As the agents encountered the two people carrying the backpacks, one of the men became combative and struck the agent in the chest. A struggle ensued and the two men were able to escape and flee back into Canada. The agents found two backpacks reported to be stuffed with 83 pounds of what they believe to be methamphetamine. Officials estimated the value of the drugs at nearly $800,000, officials reported.

The Border Patrol agent did not sustain any injury during the alleged assault.

Officials did not disclose any information about the identity or nationality of the alleged drug smugglers and illegal border crossers.

As of the most recent report on the number of agents assaulted, August 2018, 619 Border Patrol agents came under attack in the line of duty. That number is actually lower than the same period in FY2017 when migrants attacked 675 Border Patrol agents.

The official report on assaults on Border Patrol agents has not been updated by U.S. Customs and Border Protection officials since the August 2018 report. Officials have not responded to requests for updated information on the number of assaults.

Since that time, Breitbart News reported on the assaults against at least ten Border Patrol agents. In one report, three Border Patrol agents were assaulted during a five-day period. In another report, a five-time deported criminal alien pulled a gun on a border patrol agent. The agents managed to subdue the illegal alien without the use of deadly force.