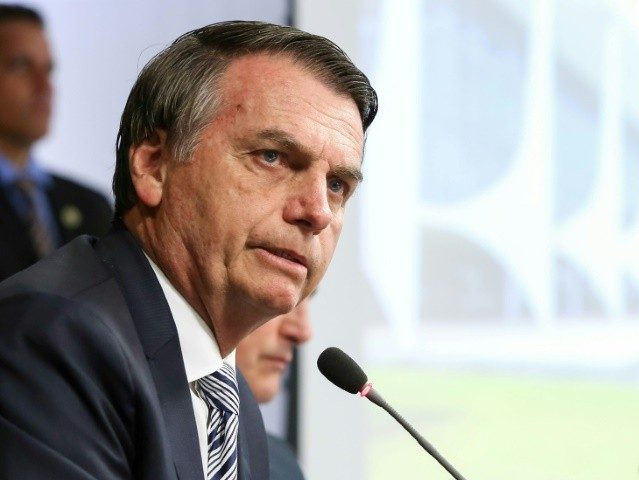 Brazilian President Jair Bolsonaro announced he will pull his country out of the United Nations Migration Pact on Wednesday, declaring that the country will set its own migration rules without external pressures.

On Tuesday, multiple outlets reported that Brazilian officials had informed the U.N. of their decision. The move comes over a month after Foreign Minister Ernesto Araújo revealed his government’s intention to exit the agreement, describing it as “an inappropriate instrument” to dealing with the issue. Bolsonaro’s government took power on January 1.

Explaining the decision on Twitter, Bolsonaro said that the country would determine its own immigration policy, but would continue to provide refuge for “those in need.”

“Brazil is sovereign in deciding whether or not to accept migrants … Not anybody can come into our home, nor can anybody  enter Brazil via a pact adopted by third parties. NO TO THE MIGRATION PACT,” Bolsonaro wrote. “We will never refuse help to those in need, but immigration cannot be indiscriminate. There is necessary criteria, seeking the best solution according to the reality of each country. If we control who we let into our homes, why would we do differently with our Brazil?”

“The defense of national sovereignty was one of the flagship ideas of our campaign and will be a priority of our government,” he continued. “The Brazilians and the immigrants who live here will be safer with the rules we will define on our own, without pressure from outside.”

Over recent years, Brazil has been the second largest recipient of Venezuelan migrants, as thousands of people flee the country every day to escape the economic and humanitarian crisis ravaging their homeland. The flow of people has already caused significant tension in affected areas, as many migrants are forced to live in the streets while remaining exposed to exploitation, malnutrition, and violence.

The Global Compact for Safe, Orderly and Regular Migration, agreed upon by 196 member body last month, sets out “23 objectives for better managing migration at local, national, regional and global levels,” but critics argue it makes migration a universal human right as well as widening the definition of hate speech to include criticism of mass migration.

Various nations, led by the United States, have rejected the pact. Hungary, the Czech Republic, Poland, and Israel have done so, while other countries such as Australia and Italy abstained on the vote.

“Migration should not be governed by an international body, unaccountable to our own citizens,” President Trump said at the U.N. Assembly last September.  “Ultimately, the only long-term solution to the migration crisis is to help people build more hopeful futures in their home countries. Make their countries great again.”