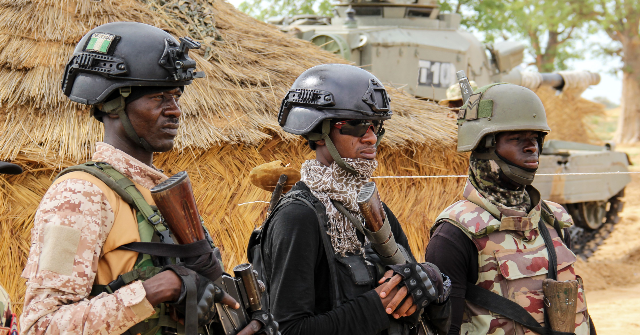 Chadian forces were attacked overnight Sunday into Monday on an island army base on Boma Peninsula, located in the Lac province near the border with Nigeria and Niger, according to Deby. The assault demonstrates Boko Haram’s expanding jihadist campaign in this region, part of the vast Lake Chad area.

After visiting the site of the attack in Boma, Deby addressed the tragedy on state television late Tuesday.

“We lost [at least] 92 of our soldiers, noncommissioned officers and officers. It’s the first time we have lost so many men,” Deby noted.

A jihadist terrorist organization, Boko Haram started a revolt in Nigeria in 2009 before launching raids in neighboring countries to the east. During their more than decade-long insurgency, Boko Haram extremists have killed tens of thousands and displaced millions. They have carried out numerous attacks in the Lake Chad region linking Chad, Nigeria, Cameroon, and Niger.

In recent months, Boko Haram has stepped up its attacks on the islands of the Lake Chad basin, taking advantage of the vast, marshy terrain to launch assaults, as seen in Boma on Monday.

“The camp is on an island where the ways in were controlled by Boko Haram fighters, they were able to leave as they wanted and without being forced out by the army,” one security official told Agence France-Presse (AFP). The terrorists stole military arms using speedboats.

Boko Haram carried out a separate attack on Monday in Nigeria, killing at least 50 Nigerian soldiers in an ambush near Goneru village in northern Yobe state, military officials confirmed on Tuesday.

The Nigerian military was attempting an offensive against Boko Haram over the weekend when the terrorist group ambushed its forces. The armed militant group fired on military vehicles with rocket-propelled grenades and assault weapons.

Similar to the attack in Chad, this ambush was one of the deadliest attacks against Nigerian troops recently, wiping out an entire artillery unit.

The United Nations estimates that Boko Haram has killed 36,000 people and displaced nearly two million in northeastern Nigeria. Regional militaries have struggled to cope with the jihadist insurgency, as evidenced by the unprecedented losses sustained during Monday’s attacks. In 2015, several countries formed the Multinational Joint Force in an attempt to curb jihadist activity in the Lake Chad area.