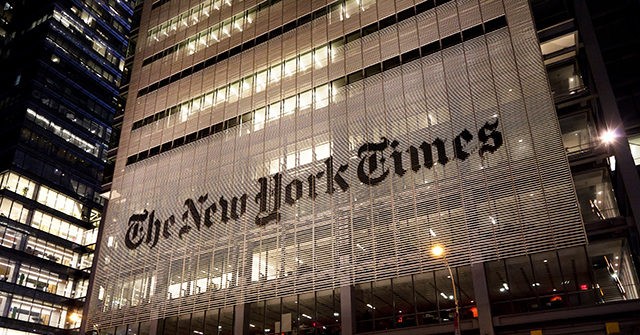 The House Judiciary Committee held a hearing Friday on the Journalism Competition and Preservation Act, which would in practice have the effect of allowing establishment media companies to form a cartel to pressure Big Tech companies for more censorship and payoffs.

The bill itself would create a special legal exemption for media companies, allowing them to form cartels that would otherwise be illegal under antitrust law, for the purpose of collectively negotiating with tech companies.

But the title of the bill, championed by Rep. David Cicilline (D-RI), is exceptionally dishonest. It would be more accurately titled the Establishment Media Cartel Act. That would more accurately capture its ultimate purpose and what the effects of passage would be — it’s about protecting the failing legacy and mainstream and establishment media at the expense of their more independent competitors.  I explained this in my previous column, but Friday’s hearing makes the bill’s purpose even clearer.

In other words, it is a bailout for Big Media in an era where the industry faces disruption from online competitors and widespread distrust from the American public.

But what Friday’s hearing really emphasized – and this should scare every conservative and anti-establishment voice in America – is that the bill’s advocates admit one of the goals is more censorship.

At the hearing, representatives of both the News Media Alliance (whose members include the New York Times and the Washington Post) and the National Association of Broadcasters said that Congress must protect the establishment media because it is a bulwark against “misinformation.”

As anyone who’s been paying attention for the past four years knows, the word “misinformation” is a dog-whistle used by Democrats and the mainstream media to pressure tech giants into more censorship.  On many issues that matter to conservatives — from election integrity to Russiagate to COVID-19 — Big Media-led panics about “misinformation” always precede a clampdown and more censorship from the Big Tech.

By allowing Big Media companies a special exemption from antitrust law, the bill will give the establishment media even more power to bully Silicon Valley into giving them special favors: censoring conservatives and other anti-establishment voices including their competition in the news business.  Yes, at its core, the bill is anti-competitive.

The News Media Alliance and other proponents of this bill have attempted to trick Republicans into supporting the bill because it is ostensibly anti-Big Tech. What’s bad for Big Tech, must be good for the rest of us, right?  But in fact, the bill exacerbates one of the worst trends in Silicon Valley — collusion between Big Tech companies and Big Media companies.

Glenn Greenwald, one of the witnesses at the hearing, made this point most eloquently.

“I do absolutely believe that the problem of Silicon Valley monopolistic power and its ability to interfere in our politics and impede a free press is a very serious one,” said Greenwald.

“But oftentimes it’s the media itself, it’s journalists themselves who are demanding that that power be exercised in a censorious way in a way that undermines a free and diverse press.”

As comments from Big Media’s representatives about “misinformation” made at the hearing make clear, this bill is part of the same trend. A desperate effort by the establishment media to protect itself from competitors, by creating the false impression that they (and only they) should be the arbiters of what is and is not misinformation, i.e., what is the truth.  And now they want Congress’ help doing so.

For one example of how Big Tech already colludes with Big Media, look at how Facebook deliberately (and openly) boosted the establishment media in its algorithm following the November elections. Or look how YouTube altered search results in response to complaints from ideologically-motivated journalists. Or how Google spends hundreds of millions of dollars propping up the legacy media. Silicon Valley already favors the establishment news industry, and this bill would give the latter even more bargaining power.

Defenders of the JCPA point out that, as it is currently worded, the bill arguably allows other media companies to form cartels and do the same.  Some Republicans seem to think that this should be enough to erase concerns with the bill.

The vast majority of media is liberal.  If the bill becomes law, the liberal media companies will simply form their own cartel and leave other news organizations out of it. They may even collude with a large “conservative” but still establishment news company, i.e., Rupert Murdoch’s News Corp. for cover.

Well, you might say, couldn’t other independent news companies just form their own cartel?  Sure, with what political or business leverage compared to the establishment titans?  The reality is that mainstream and corporate establishment media are overwhelmingly liberal giving them disproportionate leverage.

And, for those smaller conservative and anti-establishment news companies fighting censorship on a daily basis, what could be better for Big Tech and Big Media than this scenario:  a conservative news company threatens to take its content off Facebook and Google unless they get paid.  Facebook and Google can just say no – nothing forces them to agree.  Oh, and by the way, thank you for taking your content off our platforms as it saves us the trouble of censoring you.

Big Tech opposes the bill – why wouldn’t they?  But that does not mean the bill is anti-Big Tech in any meaningful way that some members of Congress might intend.

The problem with Big Tech is real and must be addressed.  This bill is not the answer – or even part of the answer.