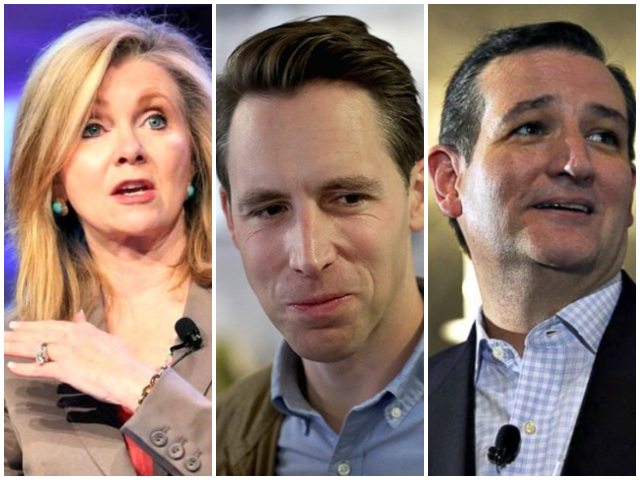 The midterm elections brought both good news and bad news for Big Tech. On the one hand, they are less likely to face pressure on censorship from Democrat-controlled House committees. On the other hand, the Silicon Valley Masters of the Universe must now contend with new Republican senators who are vocal critics of their policies.

Prior to the midterms, Republican-controlled House committees were eager to call Silicon Valley representatives to Capitol Hill to answer charges of bias against conservatives on their platforms. Earlier this year, the House Energy and Commerce Committee called Twitter CEO Jack Dorsey before it to answer questions on content moderation and algorithms. At the hearing, the Twitter CEO admitted that his platform is part of the “public square” — an important legal categorization, as the First Amendment should apply in public squares. The House Judiciary Committee and Subcommittee on the Constitution and Civil Justice have also held hearings on social media censorship in the past year.

Now that Democrats are in control of the House, they will take control of those committees, where they will be far more reluctant to call big tech CEOs to account on anti-conservative censorship. The Judiciary Committee, for example, will now come under the chairmanship of Rep. Jerrold Nadler (D-NY), who has previously belittled conservative concerns about Silicon Valley bias as “baseless” and a “hoax.” Energy and Commerce Committee Democrats have said allegations of Twitter “shadowbanning conservatives — confirmed by leftist outlets like Vice and Gizmodo — are a “conspiracy theory.”

Perhaps the biggest win for Silicon Valley is the fact that neither Rep. Kevin McCarthy (R-CA) nor Rep. Jim Jordan (R-OH) will be Speaker of the House next year. Rep. McCarthy became one of the most vocal critics of big tech in 2018, repeatedly calling them out for bias in public statements and op-eds. Rep. Jordan was similarly hawkish on Silicon Valley, calling for a Congressional investigation of free speech restrictions by big tech. Both were considered top contenders for the Speaker’s gavel.

Google CEO Sundar Pichai, who has so far avoided congressional appearances on big tech bias, promised that he would attend a House Judiciary Committee hearing after the midterms. Now that Democrats are in charge, he may opt to ride out the storm engulfing his company, beset by leaked videos and documents highlighting the company’s biased leadership and, in its own researchers’ words, its “shift towards censorship.”

If Big Tech can hope for less scrutiny on anti-conservative bias in the House, the opposite is true in the Senate, where Republican critics of Silicon Valley swept a number of key races.

Perhaps the one that strikes the most fear into Silicon Valley is Marsha Blackburn, the incoming Senator from Tennessee. Few Republicans faced as much opposition from big tech. At the very start of her run for the Senate, Twitter censored Blackburn’s campaign announcement video on the grounds that its pro-life messages were “inflammatory.”  Twitter later reversed its ban, although internal emails show its initial decision had support from a senior search engineer at Google, who called Blackburn a “terrorist” and accused her ad of spreading “libel.” In the closing days of the campaign, Google refused an ad buy from Blackburn and Facebook briefly shut down a pro-Blackburn ad from the pro-life Susan B. Anthony list. Senator-elect Blackburn, who has warned tech companies that “no-one is too big to regulate,”  enters the upper chamber with first-hand experience of Silicon Valley censorship.

Another disappointing race for big tech — and gushing liberal columnists everywhere — was Texas. Progressive poster boy Robert Francis “Beto” O’Rourke failed in his bid to unseat Sen. Ted Cruz, the upper chamber’s most vocal critic of anti-conservative bias in Silicon Valley. Over the past year, Sen. Cruz has pulled precisely zero punches against the tech giants, calling them a “real and present danger” to American democracy, and has called for antitrust laws to be enforced against them. He has repeatedly pointed out that social media companies acting as censors makes them more like publishers than platforms, a legal distinction that would rob them of legal immunity for user-generated content and risks destroying their entire business model. While tech companies furiously deny this in public, their leaked internal briefings tell a different story.

Another headache for Silicon Valley is incoming Senator Josh Hawley, the former Missouri attorney general who unseated two-term Democrat Claire McCaskill with a resounding 6-point victory. As state attorney general Hawley already conducted an antitrust investigation against Google, accusing the tech giant of violating Missouri’s antitrust and consumer protection laws. Bloomberg Businessweek went so far as to call his state AG office “the command center for the war against the world’s second-most valuable company.” With President Trump talking about using antitrust laws against big tech, Hawley’s experience gives him an exceptional opportunity to move the Senate in the same direction. Google should be worried!

On balance, the midterms may add to Silicon Valley’s woes. Although they’re unlikely to be called before the House about censorship in the next two years, House Democrats are more than willing to ramp up the pressure on the issue of data collection. Meanwhile, big tech is likely to face stiff attacks from incoming Republican senators who may join forces with the White House to take on Silicon Valley’s masters of the universe.