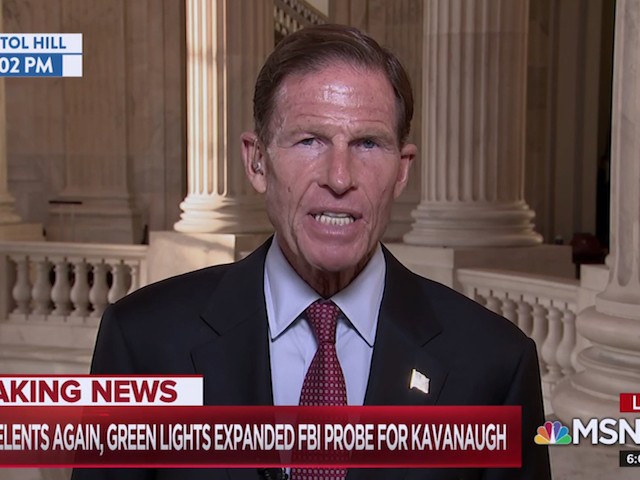 Blumenthal said, “It’s the right direction, but whether they go far enough and quickly enough remains to be seen. Those 25 witnesses that I sent to the White House and to the FBI along with almost all my colleagues on the Judiciary Committee, Democratic side, are the minimum that ought to be interviewed. As you well know, witnesses can lead to other witnesses that have to be pursued. So I believe that Jeff Flake truly wants a real investigation, not a check the box sham. And that’s what the FBI ought to be doing. Difficult, though, because as you said very well, this deadline is tight and arbitrary. In fact, too accelerated and too artificial to really get the job done.”