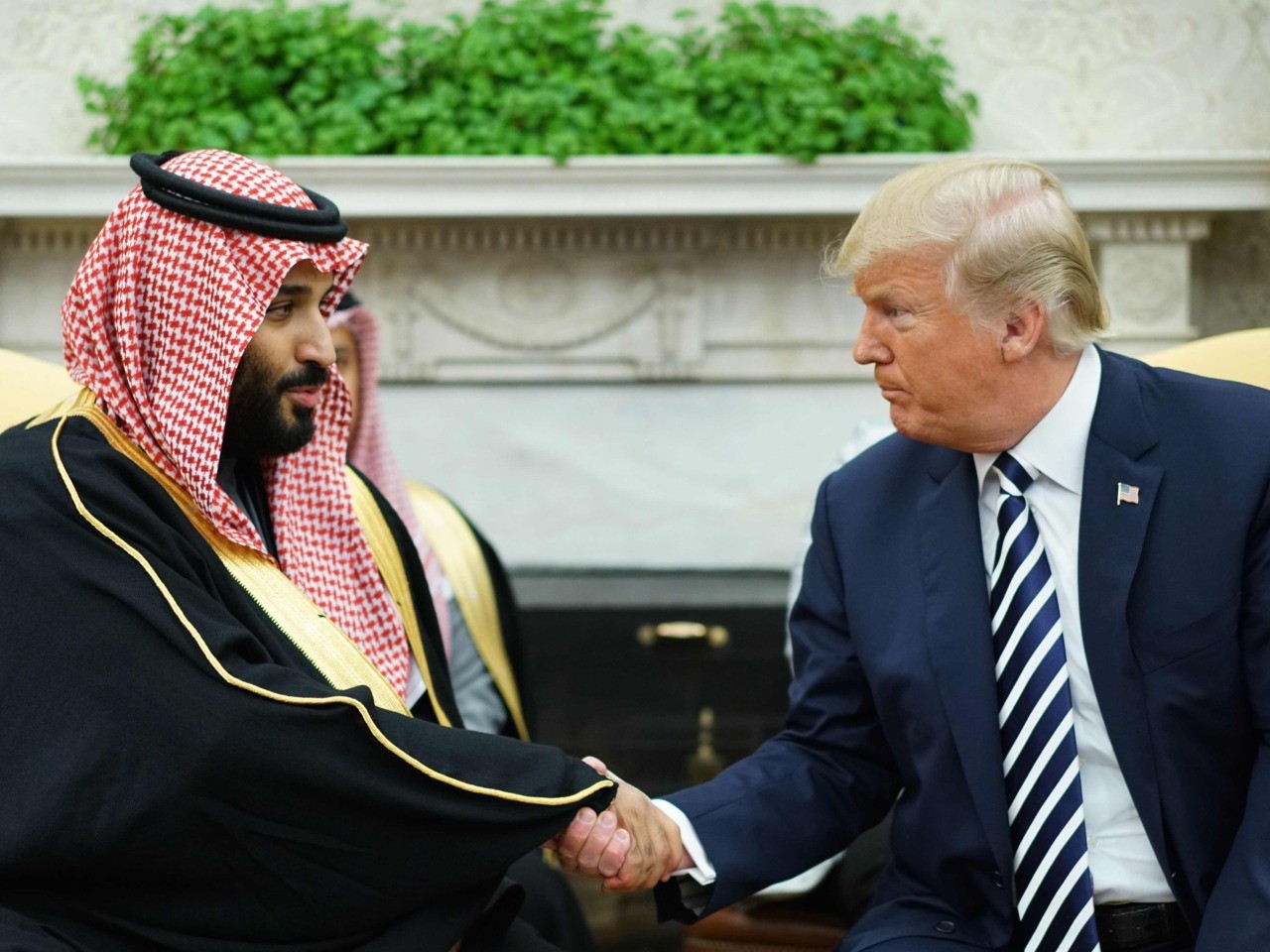 President Donald Trump has endured blistering criticism from the media and from his political opponents in both parties over his statement earlier this week expressing support for Saudi Arabia, even in the wake of the murder of Jamal Khashoggi. Rep. Tulsi Gabbard (D-HI), a veteran and war critic, even called Trump “Saudi Arabia’s bitch.”

In fact, the situation is exactly the reverse, and Gabbard should be praising Trump for advancing the cause of peace.

Trump now has the Saudis exactly where he wants them. Crown Prince Mohammed bin Salman (MBS), once the toast of the world’s elites, is now widely portrayed as an accused murderer. President Trump could join the attack, perhaps even pushing MBS out of power and destabilizing the Saudi regime itself. Instead, Trump has positioned himself as MBS’s last and best friend. Without Trump’s support, MBS might not survive long — and he knows it.

That puts Trump in a position to make demands. He has already engineered peace talks in Yemen between the Saudi-backed government and the Iranian-backed rebels. He claims to have convinced the Saudis to increase oil production to keep prices low. And he may be able to achieve bigger things yet — such as Saudi support for an Israeli-Palestinian peace plan that would conclude the conflict on terms favorable to the United States and Israel.

Trump could, for example, instruct the Saudis to accept, and to pressure the Palestinians to accept, a peace plan that recognizes both Israel’s right to exist as a Jewish state and Israel’s sovereignty in Jerusalem. He could tell MBS that the burden of bankrolling the Palestinians — including the so-called “refugees” — is now his. And he could sweeten the deal by giving the Saudis some authority over Muslim holy sites in Jerusalem. MBS would be foolish to refuse.

Alternatively, Trump could bow to the “Obama bros” and the cable news pundits, and attack MBS for the death of Khashoggi, downgrading relations and insisting on regime change.

But it is not clear what broader good that would achieve. The Middle East is not going to become a more humane place just because another tyrant falls. And Iran would take advantage of Saudi Arabia’s weakness to bolster its terrorist proxies and its nuclear ambitions.

President Barack Obama’s approach shows exactly what not to do. When U.S.-allied Arab regimes began cracking down on protests during the Arab Spring, Obama and Secretary of State Hillary Clinton first defended the regimes, in line with the neorealist dogma in vogue among the anti-war left and reflected in the recommendations of the Iraq Study Group, whose principle scribe was Obama lackey Ben Rhodes. But they lacked the will to follow through.

Obama and Clinton then swung behind the rebels and the Muslim Brotherhood, hoping to guide the revolutionary fervor in the direction of liberal democracy. Their hope was that new Islamist governments might look like Recep Tayyip Ergodan’s government in Turkey, then seen as a model of how to balance political Islam with modernity. When Obama and Clinton attacked Libya in 2011, they had come full circle: they were the neo-neo-conservatives.

When that failed, Obama abandoned the idea of appeasing the Sunni world, and backed the idea of Iran as a new regional hegemon, hoping that by re-integrating the regime into global markets, he would encourage it to become more moderate.

The opposite happened, because — just as he did in “normalizing” relations with Cuba — Obama gave away American leverage over the Iranian regime up front, removing sanctions and delivering pallets of cash.

The only positive consequence of Obama’s blundering was an unintended one: by strengthening Iran, he caused the Saudis and other sunni Arab regimes to reach out to Israel in a tacit alliance against their common enemy.

Trump has seized the opportunity that re-alignment provides. At the same time, he has undermined Saudi Arabia’s only real source of leverage over the U.S. — oil — by encouraging domestic oil production, which Obama tried to discourage.

The murder of Jamal Khashoggi was a terrible crime — one the U.S. has condemned, backing words with sanctions against many Saudi officials believed to have been involved. Yet it does not follow that our national interests should suffer as a result.

Though it may be hard to see through his plain-spoken, even jarring prose, Trump has chosen to be a statesman rather than a scold, exploiting the Saudi predicament to promote the chances of peace and prosperity.