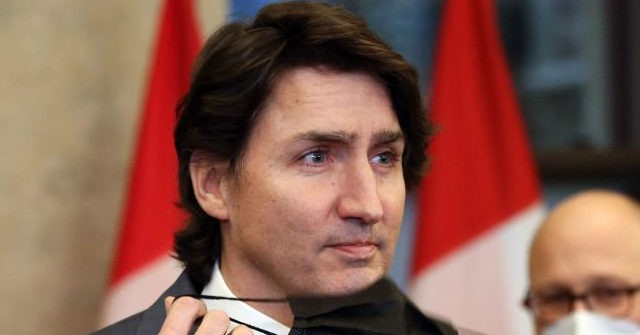 JOHANNESBURG, South Africa — Canadian Prime Minister Justin Trudeau showed this week that it’s not only African countries that need to worry about collapsing into authoritarianism.

His decision to invoke emergency powers simply to deal with protests that have been almost entirely peaceful was completely without justification, and was based partly in the fervent desire of an urbane cultural elite to assert its political power against a working-class, rural lumpenproletariat.

Most of us under a certain age were raised to believe that authoritarian regimes arise almost exclusively from the “right” — and that there is therefore some kind of connection between the racist, fascist nationalisms of the mid-20th century and ordinary conservatism. Indeed, much of left-wing punditry is devoted to finding or fabricating connections between the mainstream parties of the center-right to the extreme fringes: hence President Joe Biden’s “Jim Crow 2.0” epithet.

Yet many of the world’s worst regimes have been those of the “left” — particularly Soviet and Chinese communism. Indeed, today the Chinese Communist Party maintains a system of concentration camps reminiscent of those once established by the Nazis in Europe. They are able to repeat those abuses partly because they have bought off their critics, and also because of a lingering sense in the West that communism must be given credit for good intentions.

In Africa, left-wing post-colonial regimes have also been able to deflect criticism by referring to the West’s past sins of racism and exploitation. Robert Mugabe turned Zimbabwe from Africa’s breadbasket into a failed state by targeting the tiny minority of white farmers for violent expropriation. Land was redistributed to the ruling elite, and the farms quickly failed. But South Africa’s post-apartheid government protected Mugabe: he was, after all, on the left side of history.

South Africa has been moving slowly in the same direction. It has a stronger constitution, with an independent judiciary and a bill of rights. It has a more diverse economy, a more vigorous press, and a population that is used to defying the heavy-handed edicts of the government.

But the hegemony of the ruling African National Congress, and the statist orientation of its economic policies, have undermined the country’s economic growth and eroded basic civil liberties.

The arrival of the coronavirus pandemic created an opportunity for the government to display some of its authoritarian tendencies. The military enforced coronavirus lockdowns; President Cyril Ramaphosa even dressed in fatigues.

Yet by the time the omicron variant was identified in the country, South Africa’s approach had changed. The country never locked down, and Ramaphosa emphasized the role of the private sector in his State of the Nation speech last week.

Canada had strict coronavirus policies in place from the beginning, which were enforced more vigorously than those of even the most left-wing Democrat-run states in the U.S. But unlike South Africa and the U.S., which relaxed somewhat over time, Canada became more draconian over time.

Requiring truckers — who had worked to keep supply lines open and shelves stocked for nearly two years — to be vaccinated was always absurd, given the solitary nature of the job.

Rather than meeting the truckers at their protest, or taking other steps to defuse the situation, Trudeau escalated the confrontation, turning it into a battle over freedom of speech and assembly. Now he has turned it into a test of Canada’s democracy itself.

Curiously, he is being applauded by his own Liberal party, and encouraged by the Biden White House, which despite paying lip service to freedom of speech also encouraged Trudeau to use his “federal powers” assertively.

The beginning of the pandemic really was an “emergency.” But if the confrontation with the truckers is an “emergency,” it is one of Trudeau’s own making.

He says he is reacting to the disruptive tactics the truckers have used — occupying roads in the capital, blocking international bridges, honking their horns — but he had no trouble kneeling with the Black Lives Matter protests in 2020, which were associated in 48 out 50 U.S. cities with rioting and violence against police.

There was always a danger that the extraordinary powers that governments presumed in 2020 would become a new norm. That was especially likely given the risk-averse nature of today’s elites, who insist on a total eradication of any threat from the coronavirus before life may resume. But in South Africa and the U.S., governments listened to their people, and relented.

Trudeau is abusing his power to defy and suppress legitimate protests. It will not end well.