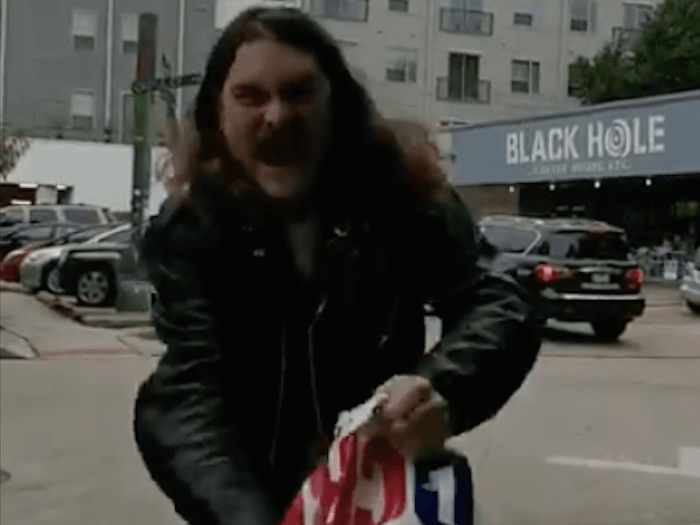 Last month, a few days after my six-year-old daughter started first grade, I was standing in the schoolyard, having just watched her walk off to her classroom, when I was accosted by another parent.

She told me that, given my conservative views, I should leave liberal California and move to Kansas, where I’d learn how they treat Jews like me.

I asked her if she thought she was being “tolerant.” She replied: “I am tolerant. I just hate you.”

I have hesitated to write about that incident until now, because I did not want to escalate the conflict. But in the past several weeks, it has become clear that conservatives around the country are having similar experiences.

A few days ago, a college student canvassing door-to-door for Republican Justin Fareed in California’s 24th district was chased down the street by an enraged liberal. The assault was caught on video.

Unfortunately, it is not an isolated incident.

Democrats have deliberately encouraged this behavior. They did so long before Donald Trump arrived. In 2008, then-candidate Barack Obama told his supporters: “I need you to go out and talk to your friends and talk to your neighbors. I want you to talk to them whether they are independent or whether they are Republican. I want you to argue with them and get in their face.”

Since Trump’s election, Democrats have only escalated those tactics.

A few months ago, Rep. Maxine Waters (D-CA) deliberately, and unapologetically, encouraged Democrats to harass members of the Trump administration wherever they found them.

Republicans seized on her remarks to score political points — deservedly so. The problem, however, is that as damaging as Waters’ incendiary rhetoric is to the Democrats’ brand, it may also be brutally effective in suppressing Republican get-out-the-vote efforts.

Scott Adams, the Dilbert cartoonist who has become a widely respected political pundit thanks to his understanding of methods of persuasion, often notes that fear is the most effective form of persuasion.

Trump has warned voters that Democrats are an “angry mob” — and voters seem to agree, pushing up Republicans’ poll numbers. But polls do not vote — and volunteers may be too afraid of the mob to do what is necessary to make sure Republican voters turn out on Election Day.

There is already anecdotal evidence from the field, where Republicans are reluctant to canvass their neighborhoods, or even put up yard signs, lest they face retaliation.

One woman in Orange County, whom I met on Rep. Dana Rohrabacher’s (R-CA) visit to a marijuana dispensary with senior citizens this week, told me that she was a big fan of Trump — but would never say so publicly. She lives in the 39th district, represented by Rep. Mimi Walters (R-CA) — one of several districts Democrats have targeted, and that could decide the fate of the House.

This woman was brave enough to try marijuana for the first time, but not to tell her neighbors she votes Republican.

Trump supporters faced some of the same pressures during the 2016 election — though somewhat less intensely, as Democrats presumed he had no real chance of winning.

He prevailed regardless, because voters still trust the secret ballot. That is why Republicans still have a chance of holding the twenty or so swing districts in November.

But it is easier to turn voters out for a national candidate than for a local one. The political machinery has to be in place.

The midterm election is therefore about much more than which party controls the House. It is about whether the left-wing mob is to be rewarded for its behavior.

If Democrats win, there may be no turning back from the abyss.