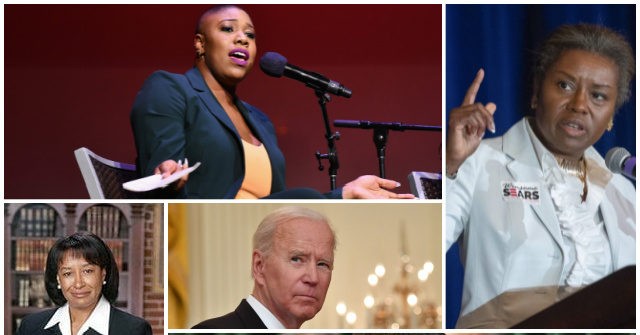 President Joe Biden is being criticized for promising to nominate a black woman to fill the forthcoming vacancy on the U.S. Supreme Court — a promise that was a quid pro quo in exchange for Rep. James Clyburn’s endorsement in the 2020 primary.

No one objects to a qualified black woman being nominated to the highest court — and there are several worthy candidates, even if some have ideological views that might still prompt a conservative Republican to vote against their confirmation.

Rather, what is objectionable is the fact that Biden — who had to apologize to Anita Hill on the campaign trail — has placed race and sex first.

Such criteria are generally considered unconstitutional by the Supreme Court’s own previous jurisprudence. They are also demeaning to the nominee, exclusionary toward other qualified candidates, and corrosive of public trust in the judiciary.

The reality is that Biden and the Democrats don’t particularly care about the rise of black women in government, and have zealously tried to undermine them on many occasions.

As Breitbart News’ Paul Bois noted earlier this week, Biden filibustered a conservative black judge, Janice Rogers Brown, nominated by then-President George W. Bush, for two years. Democrats were afraid that Republicans might appoint her to the Supreme Court and take credit for that historic milestone.

A more recent example is that of Jackie Lacey, the former District Attorney of Los Angeles County. She was the first black woman to hold that position. She presided during a time when relations between the Los Angeles Police Department (LAPD) and the black community had improved dramatically — until the Black Lives Matter movement arose, and targeted her, claiming that she was not doing enough to prosecute police officers. They threatened her and marched to her private home.

Enter George Soros, who had begun spending millions of dollars to elect radical left-wing prosecutors who would pursue “criminal justice reform” in American cities. At first, some Democrats resented his intervention, since Soros’s candidates were usually running against incumbent Democrats. But then they all fell in line — most notoriously L.A. Mayor Eric Garcetti, who shamefully withdrew his endorsement of Lacey in 2020 and backed Soros’s man, George Gascón, instead.

Gascón has presided over a staggering rise in violent crime, which recently claimed the life of Jacqueline Avant, a wealthy black woman widely known and admired for her philanthropy. Avant was murdered during a home invasion and robbery, allegedly by a man who had been released from prison on parole supervision.

When asked to explain the murder, Gascón blamed the “system.” Yet not one of the Democrats who endorsed him has backed the ongoing campaign to recall him.

In the 2020 election, when Republican Winsome Sears became the first black lieutenant governor of Virginia, Democrat pundits claimed she was a “black mouth moving” and “speaking on behalf of a white supremacist legacy.”

There are other, more subtle, snubs. White House press secretary Jen Psaki defends Biden’s use of race and gender to select a Supreme Court justice. Yet she cannot and will not explain how she has her own job, bypassing a black woman, Symone D. Sanders, who paid her dues by working for Biden throughout the 2020 presidential campaign. Sanders was relegated to the vice president’s office and recently quit to join MSNBC.

Harris is, of course, the first black woman to be elected vice president. Yet somehow she has been given all of the worst and most difficult tasks — solving the border crisis, for example, which Biden caused by urging migrants to come to the U.S.

The Democrats do not care about the advancement of black women as such, nor about whether black women benefit from their policies. Democrats’ main interest is the exploitation of identity for political purposes — and, sadly, it seems to work.

Joel B. Pollak is Senior Editor-at-Large at Breitbart News and the host of Breitbart News Sunday on Sirius XM Patriot on Sunday evenings from 7 p.m. to 10 p.m. ET (4 p.m. to 7 p.m. PT). His new novel, Joubert Park, tells the story of a Jewish family in South Africa at the dawn of the apartheid era. His recent book, RED NOVEMBER, recounts the 2020 Democratic presidential primary from a conservative perspective. He is a winner of the 2018 Robert Novak Journalism Alumni Fellowship. Follow him on Twitter at @joelpollak.