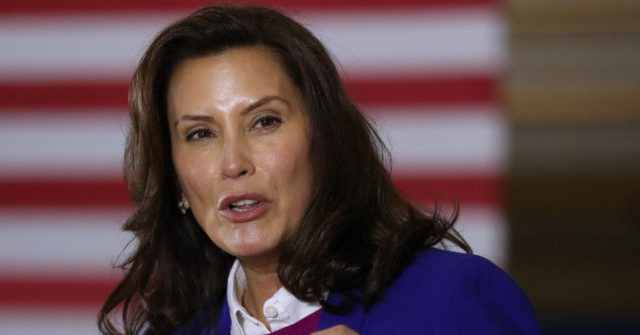 New York State and Michigan, two blue states, have reported more new cases of the Chinese coronavirus in the last seven days than both Texas and Florida, which do not have mask mandates in place, according to Centers for Disease Control and Prevention (CDC) data.

Gov. Andrew Cuomo’s (D) New York and Gov. Gretchen Whitmer’s (D) Michigan continue to have mask mandates in place, but both states are outpacing red states, such as Texas and Florida, in terms of new cases of the Chinese coronavirus in the last seven days alone.

However, Florida, which has remained a favorite target of the establishment media due to Gov. Ron DeSantis’s (R) refusal to implement a statewide mask mandate or impose stringent restrictions for months on end, has reported 168.4 cases per 100,000, or 36,161 total in the last week. Similarly, Texas, which lifted its mask mandate last month to the dismay of many, reported 76.5 cases per 100,000, or 22,194 in the last seven days.

Both New York State and Michigan best Florida and Texas in terms of new cases of the virus in the last seven days.

Michigan currently requires residents to wear a mask “any time people from two or more households are present in any shared space,” including outdoors, while New York requires “everyone over age 2 who can medically tolerate a face covering to wear one when in public if unable to maintain at least 6 feet of distance from others.”

In February, CNN attempted to soften Americans to the idea of wearing face coverings for the foreseeable future, likening them to a best friend whom people “cherish and appreciate for a good, long time.”