Director Spike Lee’s best movie (by a wide mile) in 12 very long years, since his exquisite heist film Inside Man (2006), is imperfect, but plenty entertaining, most especially the first half.

John David Washington plays Ron Stallworth, the first black officer hired by a department in Colorado. It is sometime in the early 1970s, and our story is based in part on a true one — that actually took place about a decade later. But this is a good call on Lee’s part. After all, the early 70s were much more stylish than the late 70s.

After proving himself as a uniformed officer, Stallworth requests undercover work and ends up (over the phone) earning an opportunity to join the local chapter of the Ku Klux Klan, just as they are planning a domestic terrorist attack. While Stallworth works the phone  with the Klan, including long conversations with Grand Wizard David Duke (Topher Grace), his partner, Flip Zimmerman (Adam Driver), poses as Ron Stallworth in person for the meetings and initiations. 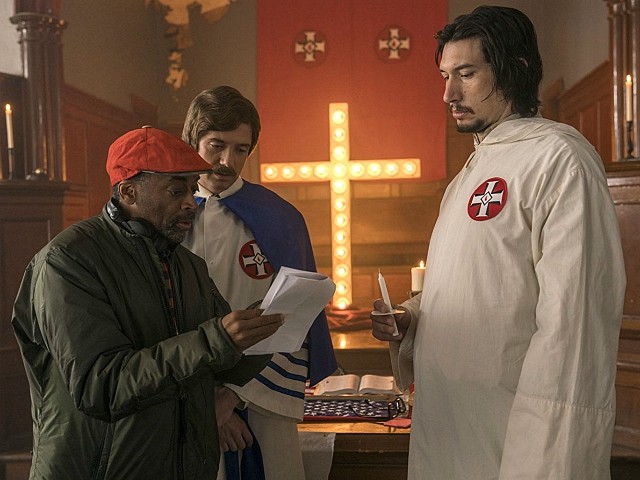 Meanwhile, after he falls in love with a student activist, the real Ron Stallworth finds himself trapped between the black power movement and the white power movement.

Believe it or not, BlacKkKlansman is nowhere near as radical as you might expect. In fact, the first half is a charmer as the story sets up the characters, their relationships, and the overall plot. The second half only loses a little steam, but is nowhere near as suspenseful as it could have been.

Those looking for Lee to come out swinging, though, will be disappointed. His hero is a cop, a man who might see black radicalism as less threatening than white power, but just as misguided.

Lee’s only misstep comes at the very, very end when he jumps to present-day with news footage of Charlottesville and President Trump.

This is the same mistake Lee made with his masterpiece Malcolm X (1991), where the director cuts from a great movie to heavy-handed editorializing in the present-day. In Klansman, Lee had made his point about Trump, and although I disagree with how he sees Trump (as David Duke’s ultimate goal come to life), I was still impressed with how he got his point across. It was subtle and intelligent. The jarring cut the Charlottesville is dumb and ham-fisted.

Still, Klansman is recommended. The performances are outstanding and the production design flawless. Lee is a director with many talents (and flaws), but his ability to take us back to this era (Summer of Sam, Crooklyn) is second-to-none.

After a 14-year wait, writer/director Brad Bird reunites us with the Parr family and picks things up almost exactly where they left off in 2004. Only now, due to public disfavor, superheroes are banned and the Parrs find themselves chafing under the oppression of everyday life in the suburbs due to a government that refuses to allow them to reach their full potential.

Thankfully, Winston (Bob Odenkirk) and his sister Evelyn (Catherine Keener), two superhero devotees who own a gigantic telecommunications company, have a plan, which is to use Helen Parr/Elastigirl (Holly Hunter) in various publicity stunts to change public opinion.

And so, while the wife is out saving everyone’s day, Bob/Mr. Incredible is stuck at home playing Mr. Mom with the three kids.

As he did in the original, Bird is working with a lot of big themes here. Even though the movie is set in an era before the iPhone or PC, our villain (Screenslaver) still uses screens to control people’s minds.  But, then again, so does Winston, the man helping our heroes get what they want. Only he is using manipulated public relations across those screens to get what he wants. Interesting, no?

And what do our heroes want? To be our moral and physical vigilantes righting what they see as wrongs without interference from the government. Troubling, no?

The original Incredibles was about living under an oppressive regime of forced equality, which is a wonderful message. This one is a little, uhm, sketchy. The movie makes a point of pointing out how little confidence the public has in Congress, but it is still our Congress, our representatives. No one voted to make Elastigirl or Mr. Incredible the boss of us.

Anyway, Incredibles II is never dull, but it also never thrills, not like that first one the felt so fresh and original.

Over the past year I have been so hard on Star Wars, I thought it only fair to give Solo another chance. Overall, unfortunately, there is not much to add or to subtract from my original review.

Solo holds your attention, and the train robbery is still thrilling. What I really wish, though, is that this had been a movie about the characters played by Woody Harrelson, Thandie Newton, and their gang of inter-galactic bandits. I also wish the cinematography was not so murky.

The real problem remains the three leads. Alden Ehrenreich and Donald Glover cannot come close to filling the shoes of Harrison Ford and Billy Dee Williams, and as the love interest, Emilia Clarke has no sizzle or spark. 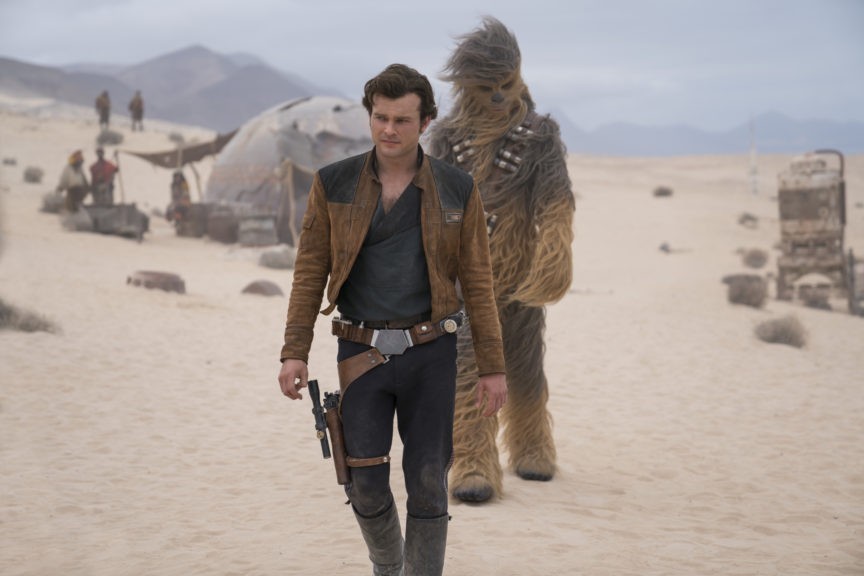 This is not Clarke’s fault. She’s proved she has plenty of sizzle and spark elsewhere, but the feminist extremism that has done so much damage to this franchise, strips Clarke of everything that would drive a man to not only choose her over every other woman in the galaxy, but to risk his life to get back to her.

If a movie ever needed a gold bikini, Solo is it.