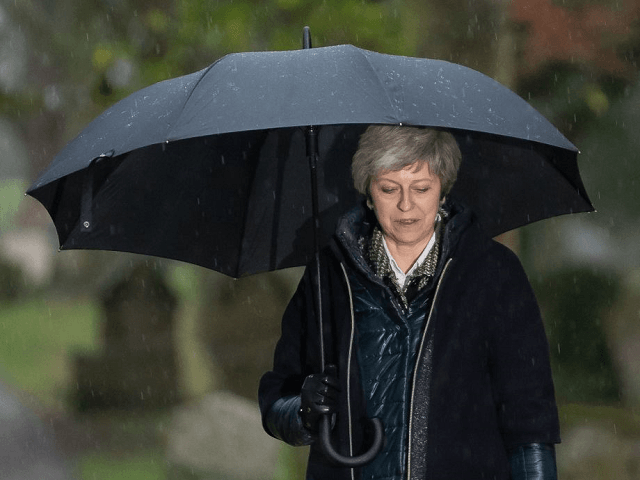 As Theresa May’s premiership approaches what could be its final act, would-be successors are setting out their stalls for an alternative government.

With little time left for Theresa May to delay the “meaningful vote” on the “worst deal in history” she has negotiated with the European Union planned for Tuesday, over 100 Tory backbenchers — Remainers as well as Leavers — have joined opposition MPs and the Democratic Unionist Party (DUP) which has hitherto provided her minority government with a parliamentary majority in pledging to vote it down.

Should it be rejected, her resignation or ouster as Prime Minister and Tory leader may, finally, be looming — and leadership hopefuls both within and without her Cabinet have begun campaigning more or less openly to succeed her.

Under the British parliamentary system, the Prime Minister is not directly elected. Instead, the monarch invites whoever is able to command a parliamentary majority — almost always the leader of the largest party in the House of Commons, at least in modern times — to form a government.

Therefore, should the Prime Minister fall, her successor will almost certainly be chosen by Tory MPs and party members, from among the ranks of the Tory parliamentary party.

The internal election process is fairly elitist, with a slate of candiadtes who put their names forward being whittled down by MPs via a knock-out system until only two remain, with this pair going head to head in a contest decided by a vote of all party members.

The last time this happened, however, Theresa May’s rival Andrea Leadsom simply stepped aside to let the Remain-supporting former Home Secretary assume the crown, saying she did not have sufficient support among her predominantly Remain-voting parliamentary colleagues to lead a government.

. @BorisJohnson is on 🔥 on the Marr show. His passion for Brexit burns bright. His friends liken him to Aslan in CS Lewis’s Narnia series ready to end he rule of the ice queen in today’s Sunday Telegraph. His moment could come this week. #Brexit

Among party Brexiteers, the leading candidate would at first blush appear to be Boris Johnson, a perennial contender popular with ordinary party members who is presently being likened to Narnia’s Aslan by allies.

The ad hoc leader of the Vote Leave group anointed as the official Brexit campaign by the Electoral Commission during the 2016 referendum on Britain’s EU membership, the former two-time Mayor of London has returned to the fore since resigning as May’s Foreign and Commonwealth Secretary over her Brexit negotiating strategy, saying it would reduce the United Kingdom to the status of an “EU colony” or “vassal state”.

Notably, he travelled to Northern Ireland to court the Brexit-supporting Democratic Unionist Party (DUP) which props up the Tory government and is extremely unhappy with Mrs May’s deal — due to provisions allowing the EU to effectively annex their Province for customs and economic purposes — and was cheered to the rafters.

But despite his popularity with the party faithful, he has long had difficulty cultivating a power base within the parliamentary party, and a number of Remainer Tories have suggested they would not serve underneath him — meaning he might not reach the final two in a leadership contest.

WATCH | Boris Johnson’s resignation speech: Since the Lancaster House speech, “it is as though a fog of self-doubt has descended. We burned through our negotiating capital, we agreed to hand over a £40bn exit fee and we accepted the jurisdiction of the ECJ.” pic.twitter.com/UdEqlYm87H

Another likely Brexiteer successor is Dominic Raab. The former Secretary of State for Brexit is seen as something of a protege to David Davis, who for a time looked as though he may succeed the Prime Minister as something of a caretaker leader more acceptable to Remainers than Johnson himself, but has receded into the background somewhat since an attempt to force a vote of no confidence in Mrs May by Brexiteer backbenchers fizzled out.

More likely successors, given the Remainer dominance of the Tory parliamentary party, are Sajid Javid and Jeremy Hunt.

Javid, now Home Secretary, adopted a curious position during the EU referendum, lambasting the bloc at length and saying Britain should never have joined it in the first place — but that the people should, nevertheless, vote Remain, as it was essentially too late to leave it without causing large-scale disruption.

Current Foreign and Commonwealth Secretary Jeremy Hunt, meanwhile, is reportedly putting himself forward as the man to deliver a “managed” form of “No Deal” Brexit — which would see Britain leave the EU without a formal agreement and deal with it on the same World Trade Organization (WTO) terms as countries like Australia and the United States.

Having been an even more committed Remainer than Mr Javid during the EU referendum however, Mr Hunt seems like an unlikely candidate to deliver such a Brexit — and it may be that Brexiteer colleagues are unwilling to trust a Remainer with the task, having been badly let down when Mrs May abandoned her “no deal is better than a bad deal” mantra and readoption of Project Fear tactics in order to sell a deal regarded as rather poor by most as the only viable alternative to “crashing out” of the EU.

At present, no-one appears to be putting themselves forward on a platform of reversing the Brexit vote or calling another referendum — although Brexiteers’ weak position within Parliament may force the policy regardless.