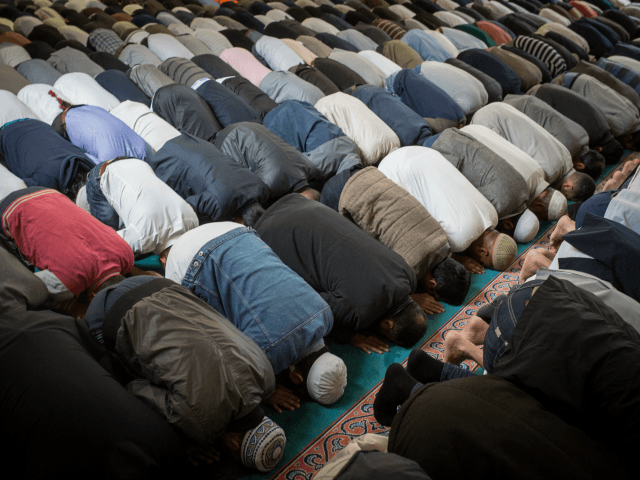 Police are investigating a man pretending to pray to “Aladdin” as a joke in a Muslim prayer room as a hate crime.

Video shows a man in what is thought to be the prayer room of Royal Bolton Hospital, kneeling on a prayer mat and chanting “Aladdin, take me away” and imitating Arabic while his another person recording the performance laughs in the background.

A woman who had previously prayed in the room reportedly recognised it, saying: “I was there yesterday around 6 p.m. for afternoon prayer. When I recognised the carpets and information on the wall, I realised, ‘I have just been in there’.”

She added: “I couldn’t believe it. I found it really disrespectful. Like when you have been burgled ­— the feeling afterwards like you have been violated,” she claimed.

“Anyone is welcome to come in there but they should respect it,” she added.

The same woman pointed out that the man was wearing shoes and touching holy texts in the video, which is forbidden in Islam.

Imteyaz Ali, representing the Bolton Council of Mosques, told Bolton News: “It’s a place of worship kindly provided by the hospital for all faiths, which should be respected.”

“Now it’s clearly a police matter and they should deal with it robustly,” he demanded.

Chief Inspector John Charlton said of the incident: “Those who think they can hide behind a keyboard and disseminate this kind of harmful material should expect to be investigated.”

“Any type of hate crime will not be tolerated in Greater Manchester and we encourage anyone who has been a victim of or witnessed a hate crime to report it immediately,” he added.

London mayor Sadiq Khan and the Metropolitan Police are among those who take “hate crime” and “hate incidents” incredibly seriously.

Despite police cutbacks and a report last year that the Met were planning on not investigating thousands of low-level crimes such as vandalism and assaults with only non-serious injuries, police policy dictates that all hate crime must be investigated.

So-called “non-crime hate incidents”, in which a person is offended or believes they have been unfairly targeted but no crime has been proven to have taken place, are also increasingly a part of policing. Estimates are that police spend thousands of hours reviewing these “hate incidents”, despite a huge increase in violent crime and a reduction in the number of police available to deal with it.

Among previous incidents recorded were complaints that a man’s dog barking was racist, and another in which a woman had been told online that she resembled the cartoon character Peter Griffin from Family Guy.

Another instance of a hate incident being pursued includes a man who was investigated in January for retweeting a supposedly transphobic limerick. The man took to Twitter to tell his followers about the incident, saying that a police officer had contacted him and read him the limerick over the phone.

“I said, ‘I didn’t write that.’ He said, ‘Ah. But you Liked it and promoted it.’ I asked why he was wasting his time on a non-crime. He said, ‘It’s not a crime, but it will be recorded as a hate incident,” the man recalled.

UK Police ‘Screen out’ Nearly Half of Crime Reports While Every ‘Hate Incident’ Investigated https://t.co/a6xKSwVA7X