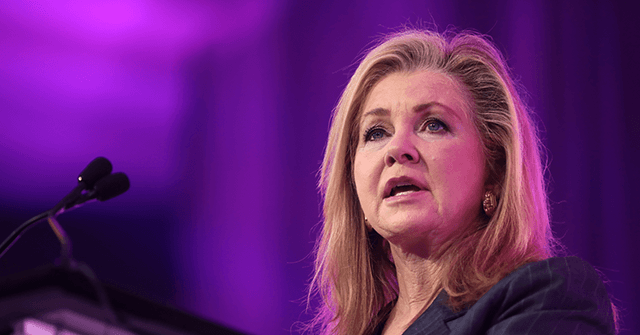 GoFundMe has since relented to public backlash and refunded the cause’s donors.

Blackburn argued GoFundMe’s initial action against the Freedom Convoy was “discriminatory.” She added the tech company’s practices are why social media platforms need to be reined in.

“[I]f you use their actions and say that’s their logic and they are saying, ‘Well, you cannot have this on our site because it causes a disruption.’ Well then, you would think they would be pulling down every BLM organization or affiliated organization, but that is not what is happening. And we know that GoFundMe corporately gave to BLM when those protests were taking place, and the violence was carried out in cities. It caused deaths. It caused, I think, about a half a billion dollars worth of destruction in these cities. So, they are very subjective, and I will say this — it is why we need some non-discrimination language that will be in the governments and the legislation that we are going to pass dealing with these big tech companies.”

“They are very subjective in what they monitor, what they censor, how they carry this out. And the actions they have taken against the Freedom Convoy are very discriminatory. They disagree with them, so, therefore, they were going to cut them off, which they did, and then they were going to take the $9 million and use it for charities or groups or something — people that were on their GoFundMe site. Now, fortunately, they are giving the money back, and the money is going to the Freedom Convoy through other avenues. But … this is why we have to go in, and we have to deal with the big tech companies, these social media platforms, and the way they are conducting themselves in the virtual space.”