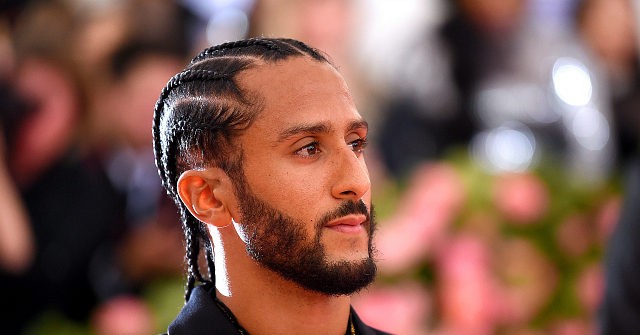 The leader of a coalition of black pastors has published an open letter to former NFL quarterback Colin Kaepernick, urging him to abandon his campaign against the Betsy Ross flag on a Nike athletic shoe and, instead, to focus his energies on activities that will directly help blacks and other Americans.

Rev. William Owens, president of the Coalition of African American Pastors (CAAP), wrote that, while he recognized Kaepernick’s “passion” in “taking a stand for something important,” nevertheless, “the effect of your protests and comments regarding the American flag has been to persuade millions of your countrymen that you hold this nation in contempt.”

I have written an open letter to @Kaepernick7 regarding the @Nike Betsy Ross flag shoe controversy and inviting him to meet and discuss it further.

Read the letter here on the CAAP website: https://t.co/yJHeeifidd

“From there, it is logical to conclude that you also despise the people who love America despite its flaws,” Owens added. “Some of these people have even fought and died for this country.”

Owens, who marched with Dr. Martin Luther King Jr. in the civil rights movement, met with President Donald Trump and other inner-city pastors Monday at the White House:

Looking forward to my meeting at 2:00 P.M. with wonderful Inner City Pastors!

According to the Daily Caller, Owens pushed back on Trump’s critics who referred to his comments about Baltimore as racist.

“I know it when I see it,” he said about racism.

In his letter to Kaepernick, Owens told the former pro that “reducing American history to its flaws or looking at it only through the lens of racism is too limited.”

The pastor wrote that while he is impressed with Kaepernick’s “dedication to change,” he said to Kaepernick: “pour your energy into the kind of change that will directly help African-Americans (and all Americans).”

Read about our press conference and boycott: https://t.co/cWZNKDlxk1

“As a successful and educated black man, you could use your influence to help young men appreciate the importance of a degree,” he continued. “You could promote entrepreneurship and businesses in African American communities. You could help lobby for prison reform or bring attention to health care access, job loss related to illegal immigration, and disparities in health care.”

Earlier in July, CAAP called on Nike to end its relationship with Kaepernick, who has a prominent endorsement deal with the company.

After the former NFL player engaged his relationship with Nike to have the Betsy Ross flag shoe pulled, the faith leaders also launched a petition urging Nike not only to sever its business relationship with Kaepernick but also to produce a special run of the sneaker to benefit veterans groups and organizations that assist military families.

“By caving to Mr. Kaepernick’s negative opinions of America, the Founding Fathers, and the woman who designed the first flag, Nike has aligned itself with a radical anti-American viewpoint,” Owens said.

Last week, CAAP followed up their petition with an announcement of a boycott of Nike, a campaign called #WalkAwayFromNike. During a press conference, Owens took issue with Kaepernick for attempting “to erase American history.”

HEADED TO GOODWILL: Ted Cruz is the latest to #WalkAwayFromNike, tweeting that he’s gotten all new shoes and bags from Adidas and donated all of his old Nike gear. https://t.co/96EKpkKA23

The black leader said Nike and Kaepernick “are not following the civil rights tradition,” which seeks to bring people together.

“Instead, they are dividing Americans,” he asserted.