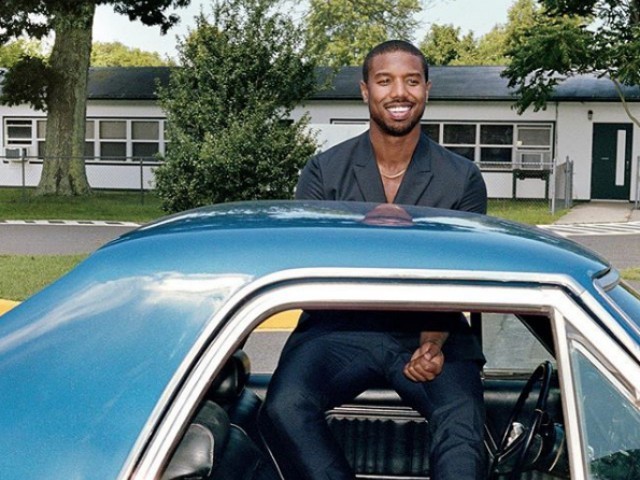 Black Panther actor Michael B. Jordan put himself on the campaign trail this week going door-to-door to encourage blacks in Georgia area to get out and vote.

Jordan has joined the work of the left-wing group Color of Change PAC with a message that it is important to be seen #VotingWhileBlack.

“I know some of you think that your vote doesn’t matter,” the Creed II star said. “But you’re actually some of the most important voters in the country.”

Liberals in the Peach State are desperate to push the campaign of Stacey Abrams, who despite the left’s wide support is still trailing Republican opponent Brian Kemp by more than a percentage point.

If she were to win the election, Abrams would become the first back, female governor of the state and a growing list of outsiders and celebrities are flooding into Georgia to help her campaign including former TV talk show host Oprah Winfrey and actor Will Ferrell.

But Abrams recently lost some support when her participation in a 1992 flag burning event that was held on the steps of the state capitol building resurfaced to dog her campaign for the governor’s mansion.