LOS ANGELES, California — Supporters of Black Lives Matter held a demonstration Sunday morning in Pacific Palisades, one of the wealthiest communities in the United States and home to many A-list Hollywood celebrities.

The protest drew roughly 200 people and lasted roughly one hour; it was entirely peaceful. 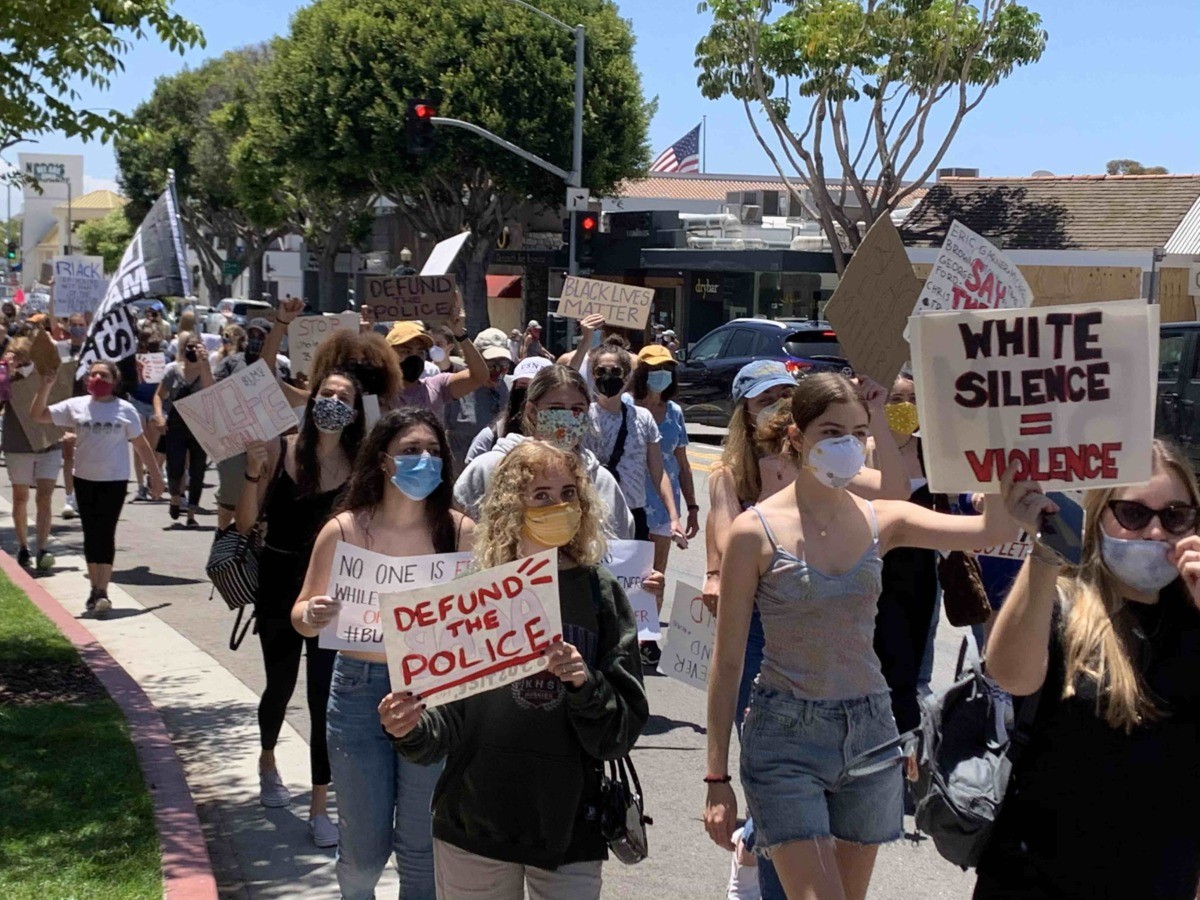 The organizer, Lily, 20, told Breitbart News that she had simply posted a notice on Instagram, and it had been shared widely.

“White people created this problem, and it’s time for us to fix it,” she explained, describing her motivations.

Lily greeted participants as they arrived at the starting point, on the spectacular El Medio Bluffs overlooking the Pacific Ocean, holding a handmade sign that read, “Ya, sex is good But have you ever been FUCKED by the System?”. 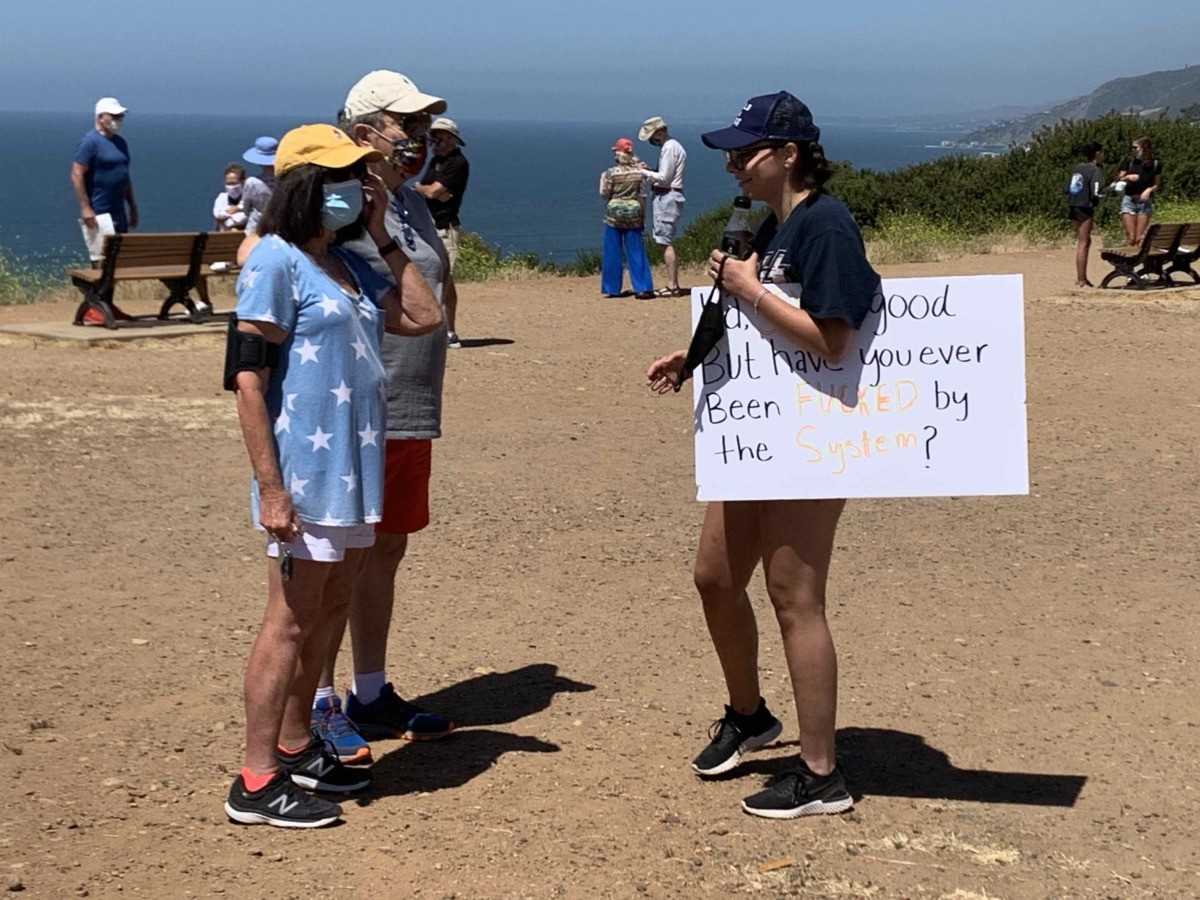 Others arrived, most wearing masks and keeping their “social distance” in accordance with coronavirus guidelines.

At Lily’s signal, the protest began marching down El Medio Avenue toward Sunset Boulevard, which links the Palisades with Beverly Hills, Hollywood, and beyond. Neighbors cheered and cars honked their approval. 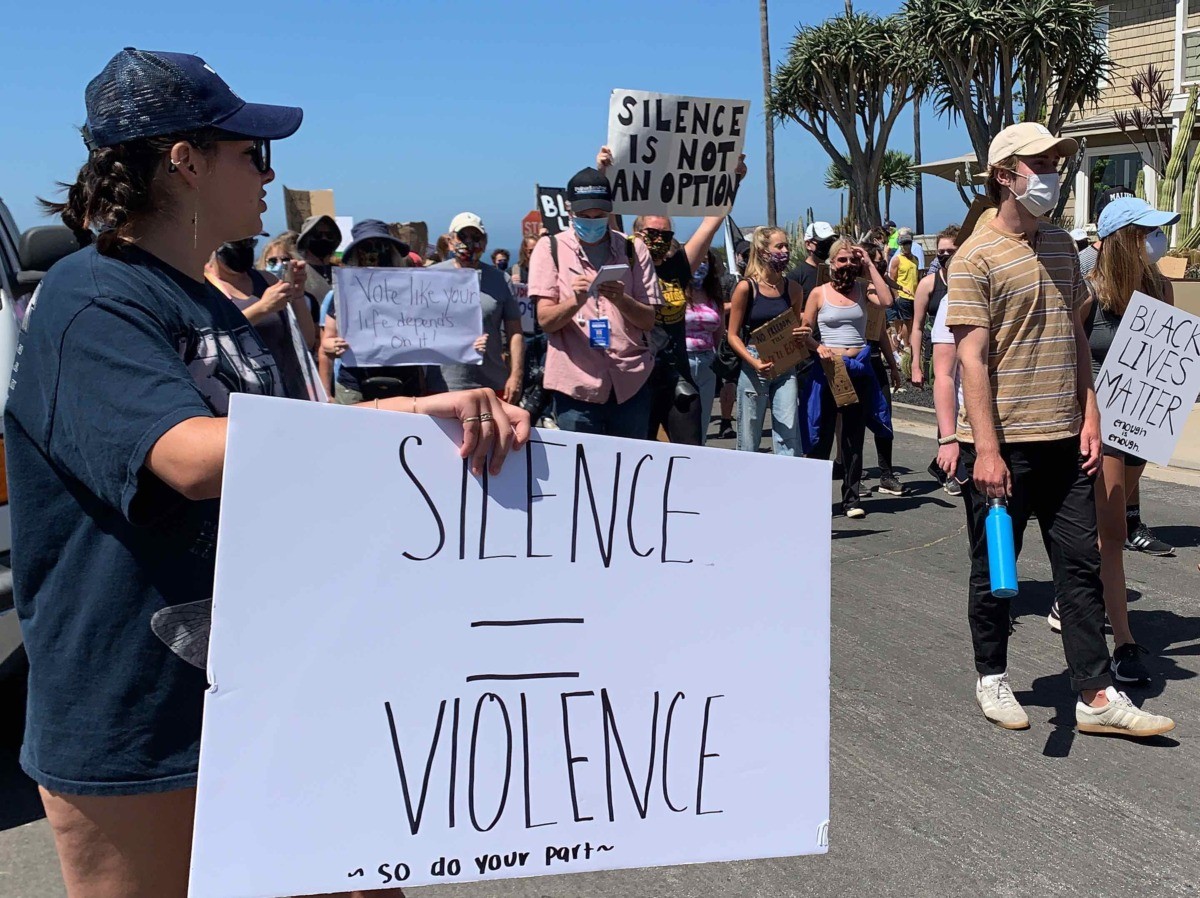 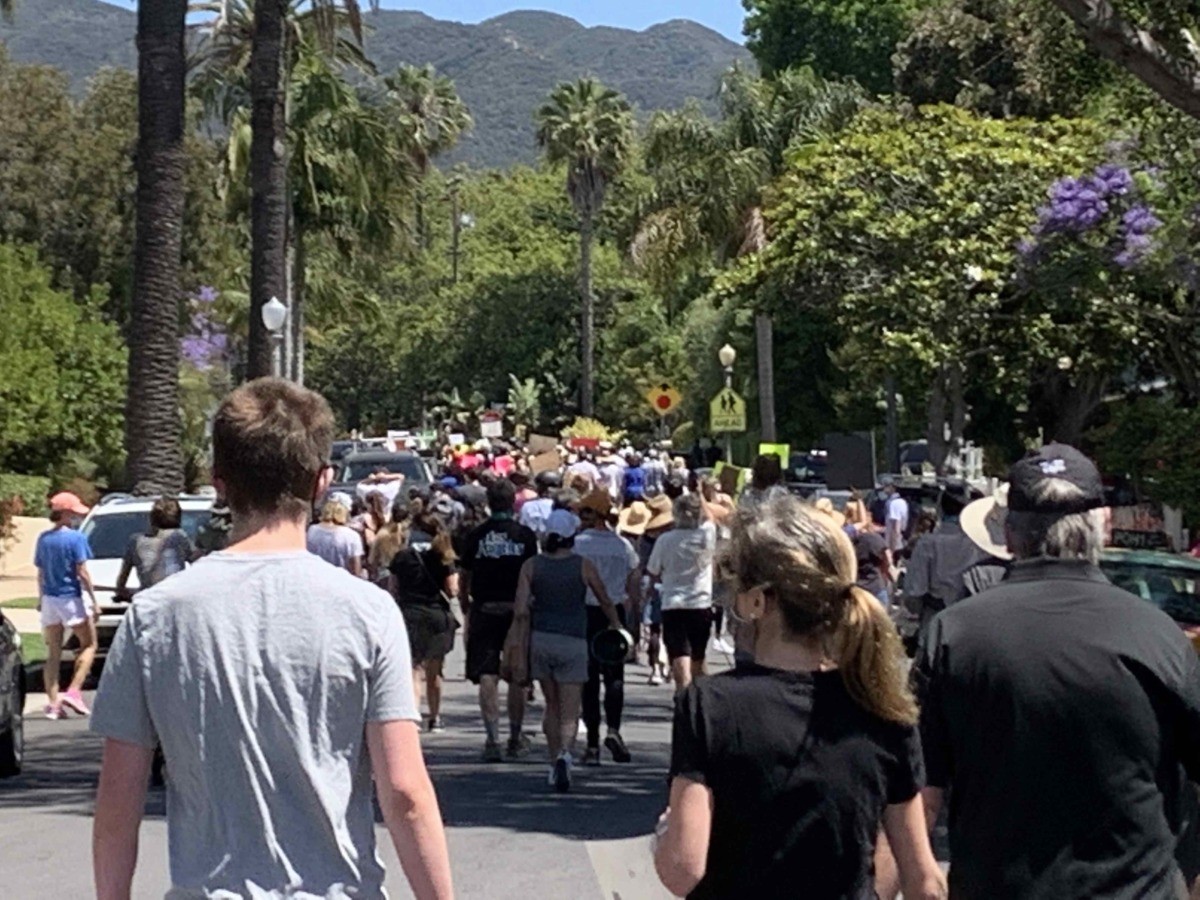 At Sunset, the crowd turned southeast, heading into the center of the Palisades, blocking one lane of traffic. No police were present.

The demonstrators stopped in the center of town and took a knee to honor George Floyd, who was killed in the custody of police in Minneapolis, Minnesota, on Memorial Day. 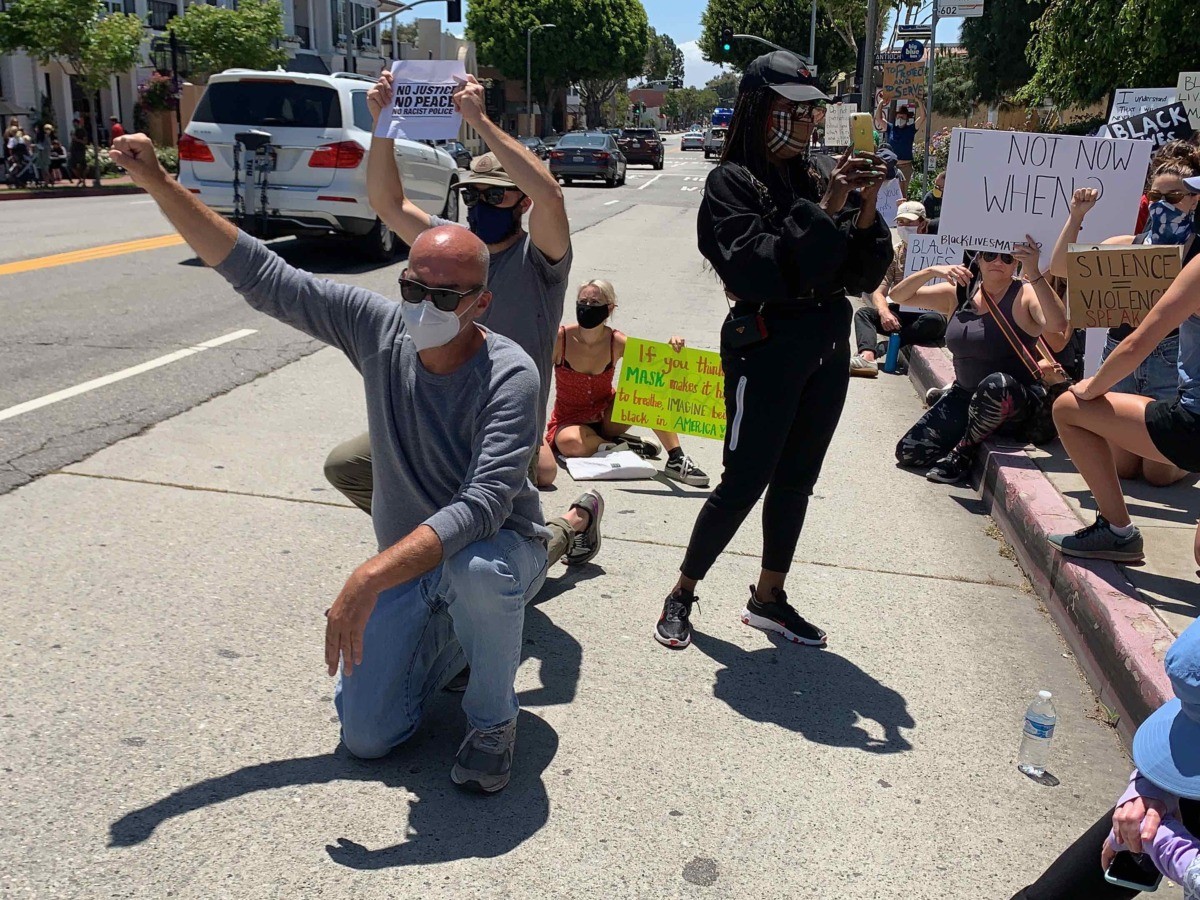 They raised fists and observed eight minutes and forty-six seconds of silence, marking the length of time Officer Derek Chauvin had his knee on Floyd’s neck. 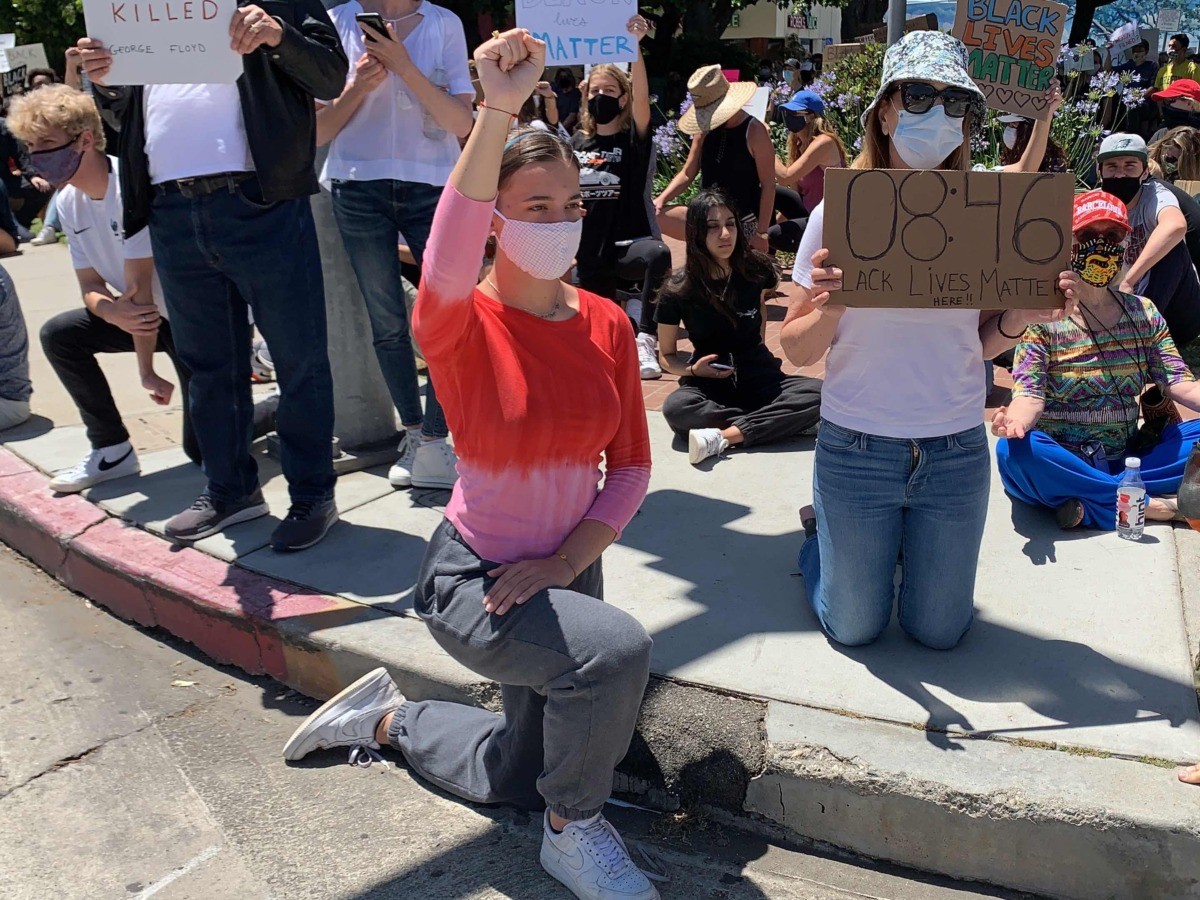 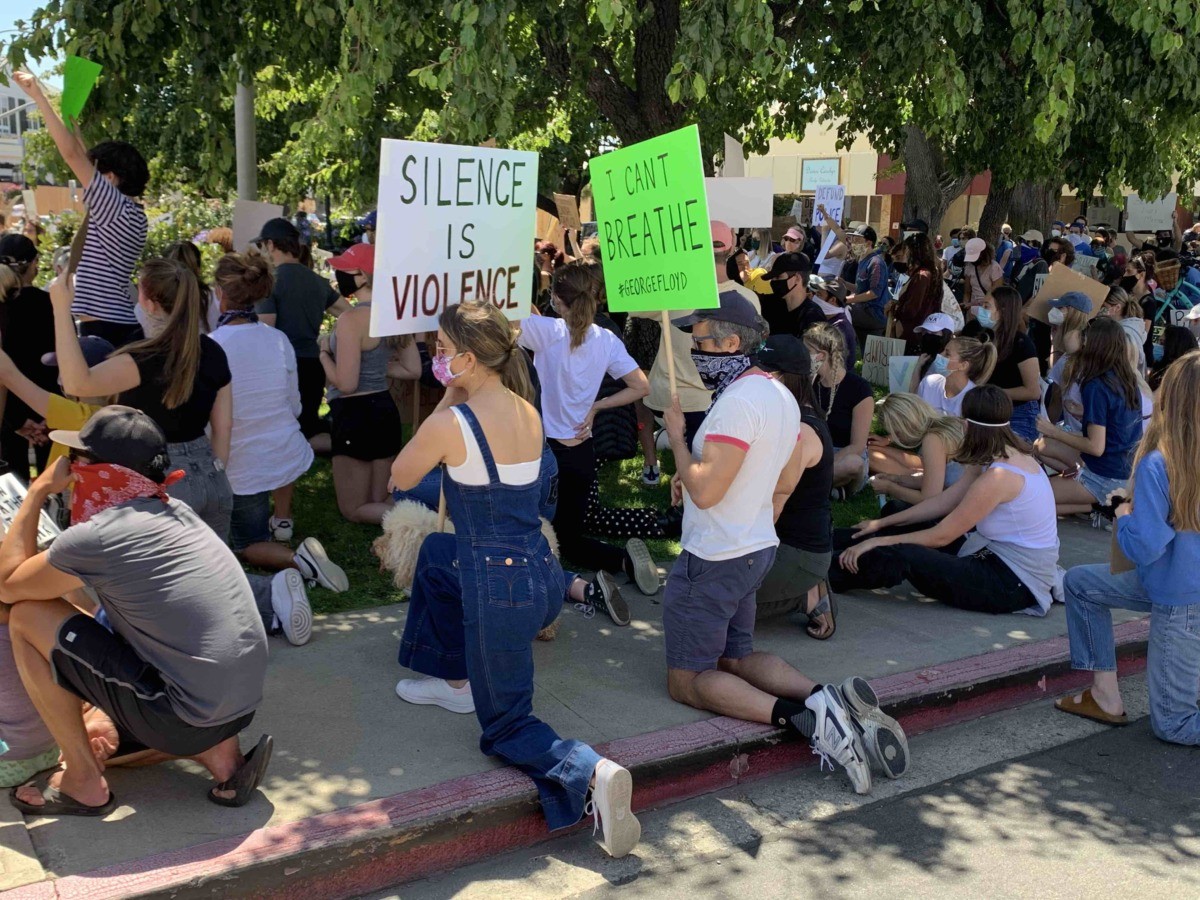 A woman holding that sign explained to Breitbart News: “If you’re silent — if you’re not standing up and saying anything — you’re on the side of the people creating the violence.”

Other signs included “Defund the Police,” a common demand of Black Lives Matter protesters across the nation. 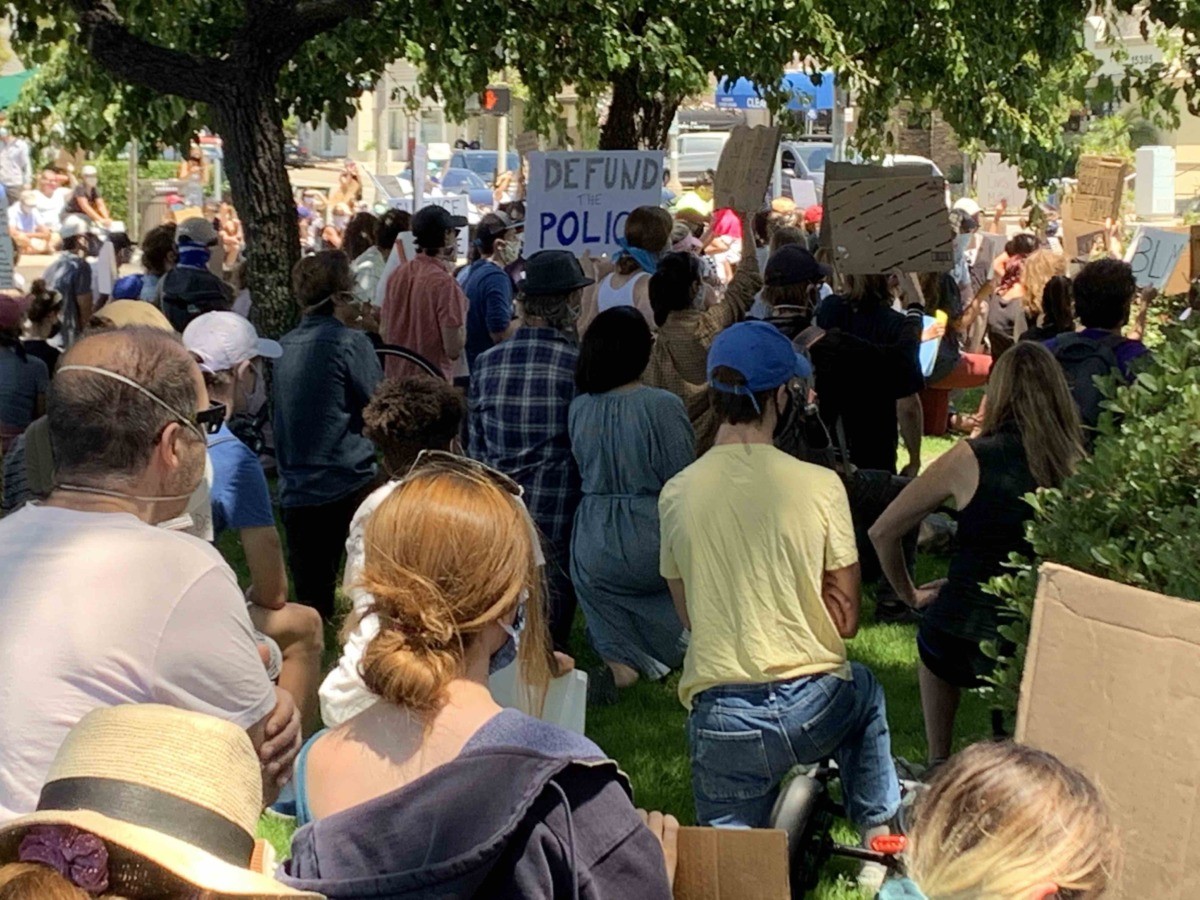 There were other signs specifically directed against police. One read: “I may be vegan but I still hate pigs.” Another read “Care not Cops.” Several featured the acronym “ACAB,” which can mean “All Cops Are Bastards” or “All Capitalists Are Bastards.” 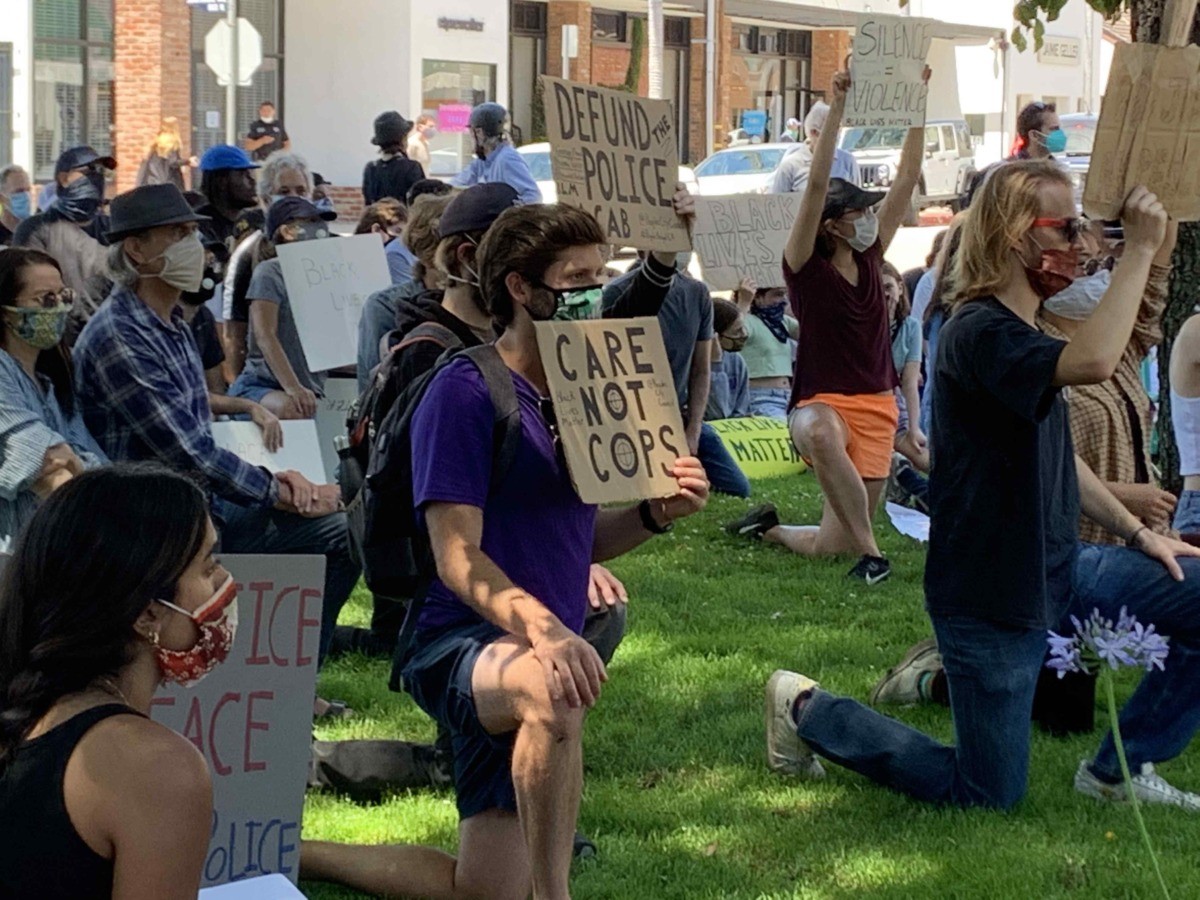 After “taking a knee,” the demonstrators marched through the Palisades Village, a new high-end mall where several retail stores have been boarded up since riots and looters tore through Beverly Hills and Santa Monica last weekend. 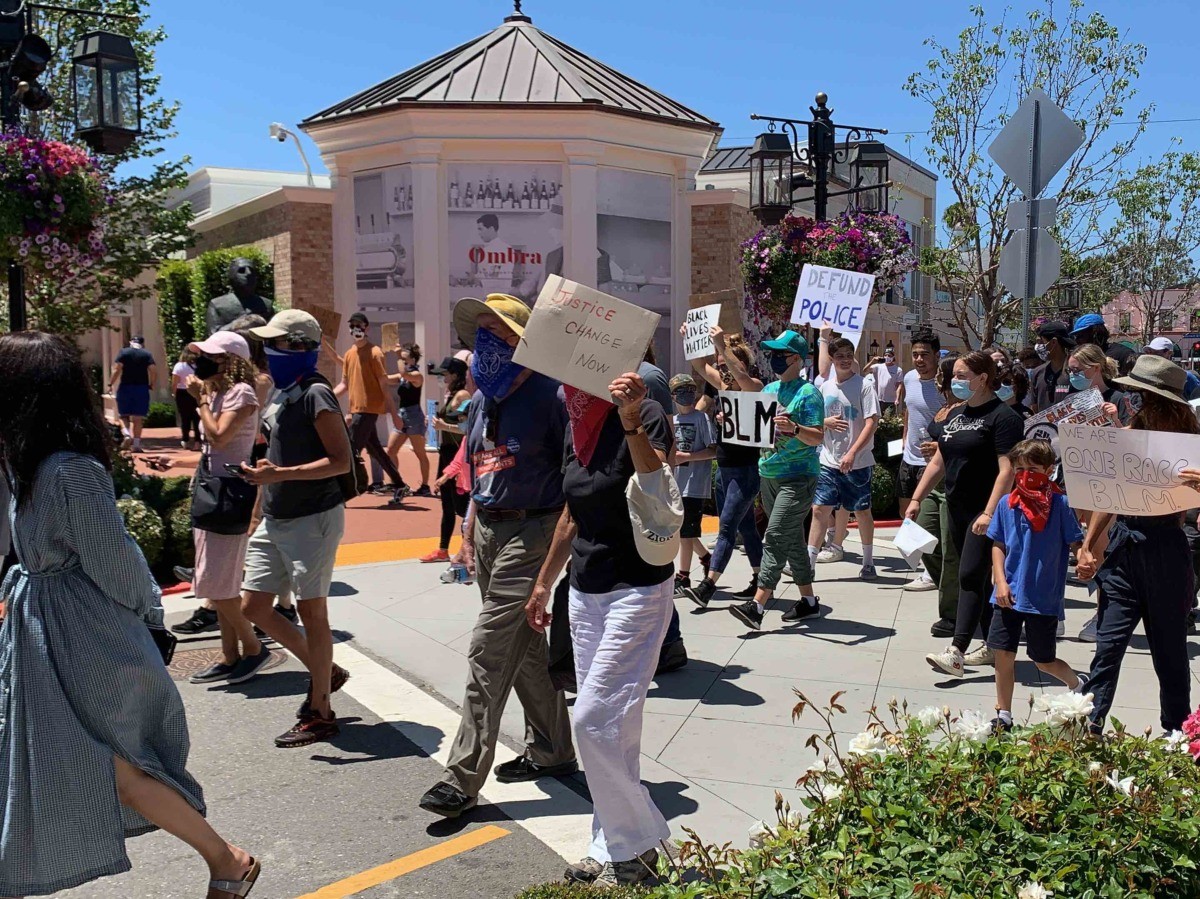 One sign read “F.T.P.,” which stands for “Fuck The Police.” Asked why she was holding the sign, the young woman carrying it said: “The police are part of an unjust system of oppression with far too much power and money. They kill too many black people. They need to be defunded.” 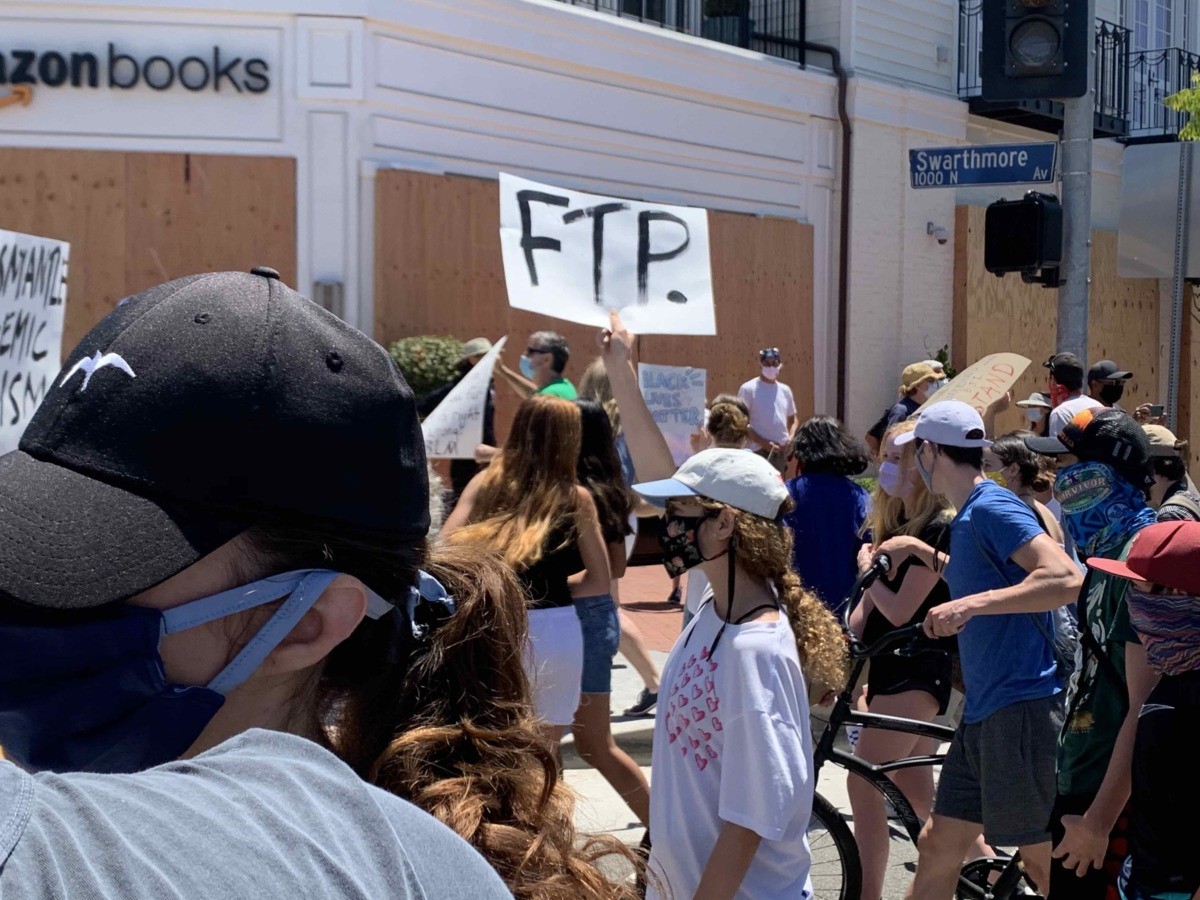 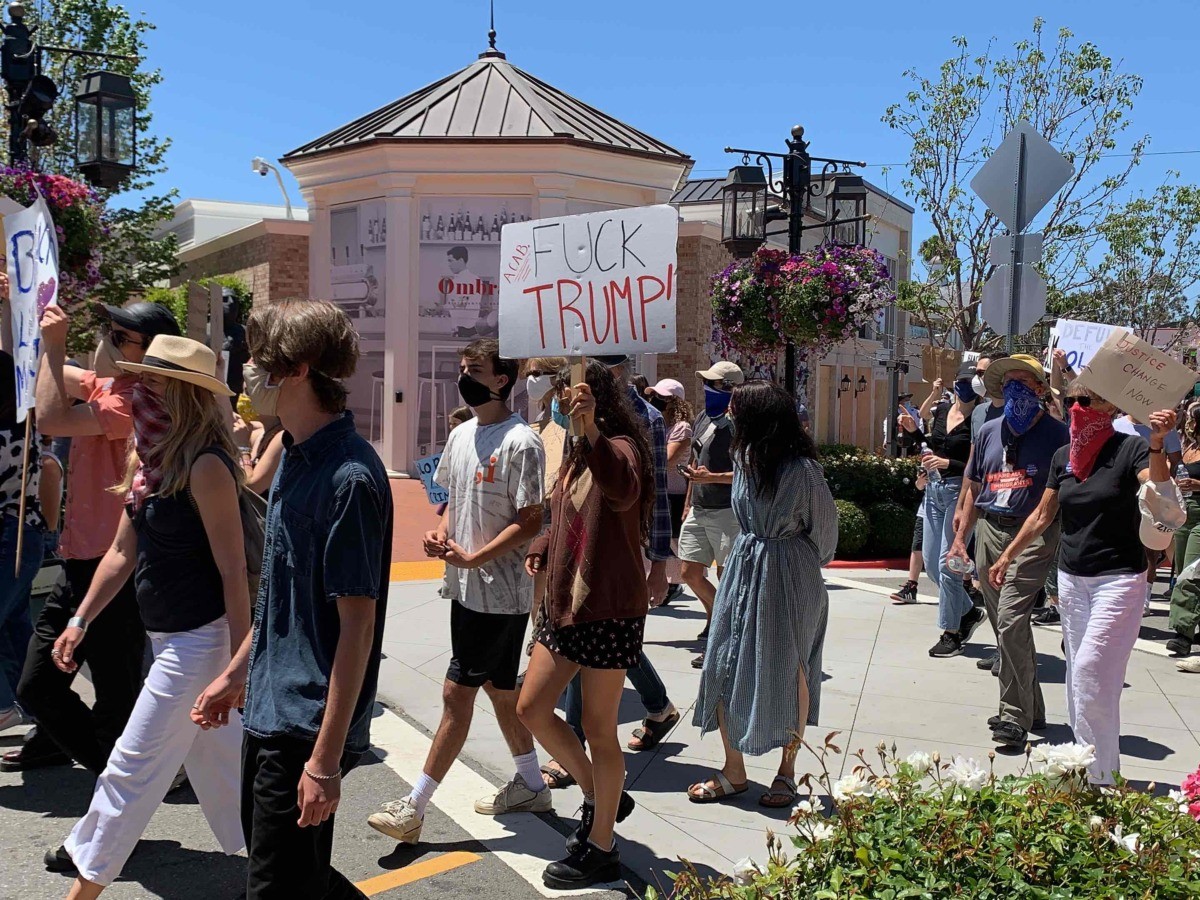 The protesters made a loop around the back of the mall and walked back along Sunset, chanting, “No justice, no peace! No racist police!”