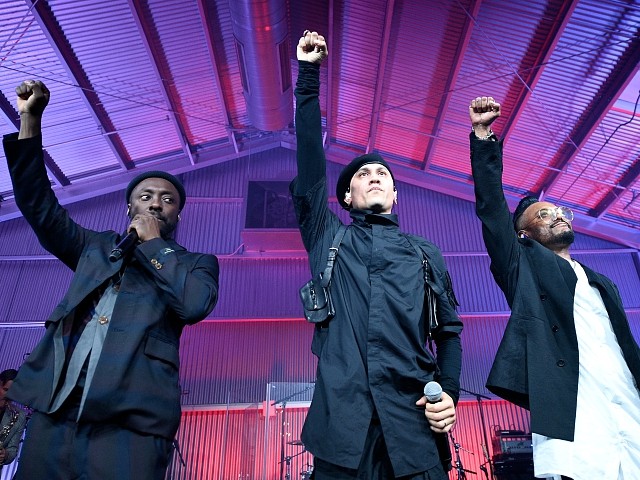 The pop group Black Eyed Peas released a pro-gun control song and video and plans to give proceeds to student activists in March for Our Lives.

The song is called “Big Love” and as the Associated Press reports, “Proceeds from the song will benefit the student-led March for Our Lives organization, calling for stricter gun laws, and Families Belong Together, a protest against the Trump administration policy of separating children from families after they are detained crossing the U.S. border illegally.”

In the video, frontman will.i.am and Taboo play the role of a teacher and gym coach and “are shot by a gunman along with several students.” The shooting takes place in a classroom setting, and is very explicit. From there the video moves to a gym setting, where the shooting continues. Band member Apl.de.ap appears as a police officer in the video.

Our leaders are embarrassing, I think they need some parenting
Tell me why the playing with the fire and the carousel?
Kids on the progressing, trippin’ on the medicine
Calling like I see ya wit’ some drugs up Americans
Everybody’s following, ain’t nobody leading
People lovin’ guns, more than cases and season
And they say the reason is to protect their freedom
But we don’t believe ’em

The overarching message of the that love unites us and brings us to a place where violence fades away. The lyrics say, “Stand for our rights, and please no more violence, start with the kindness, together we’re united, where we are one nothing can divide us.”

The irony lies in the fact that the song calls for standing for our rights while proceeds from it will be used to fund a group — March for Our Lives — that is fighting against the Second Amendment rights of Americans.

AP could not confirm if Fergie is still part of the Black Eyed Peas.