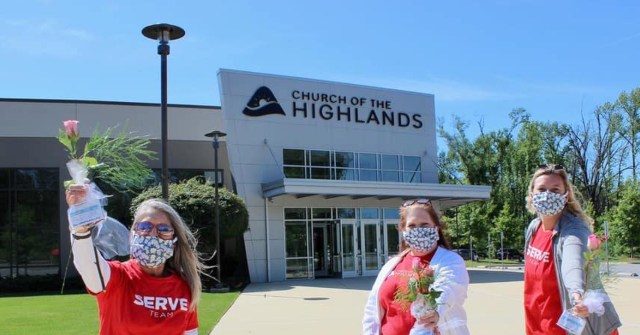 The largest church in the state of Alabama has been “canceled” by the Birmingham Housing Authority because Pastor Chris Hodges follows Turning Point USA founder and president Charlie Kirk on social media and has “liked” Kirk’s Instagram posts. Donald Trump Jr. commented on the city’s actions, tweeting: “They’re canceling the pastor of the largest (and most racially diverse) church in Alabama just because he liked some of [Charlie Kirk’s] posts. Absolutely insane.”

The Housing Authority of the Birmingham District Board of Commissioners Monday voted to end its partnership with Church of the Highlands, citing the pastor’s social media activity, according to a report by AL.com.

Hodges is also the founder of the Church of the Highlands, Alabama’s largest church, which averages more than 40,000 worshipers weekly, making it one of the largest churches in the country, according to AL.com.

“They’re canceling the pastor of the largest (and most racially diverse) church in Alabama just because he liked some of [Charlie Kirk’s] posts. Absolutely insane,” wrote Donald Trump Jr. on Tuesday.

They’re canceling the pastor of the largest (and most racially diverse) church in Alabama just because he liked some of @charliekirk11’s posts. Absolutely insane. https://t.co/OiYc3AXu9C

In a statement on Monday, the Housing Authority of the Birmingham District (HABD) said that “commissioners agreed that Pastor Hodges’ views do not reflect those of HABD and its residents; and Hodges’ values are not in line with those of HABD residents.”

“HABD and Campus of Hope staff will continue to work with other faith-based organizations in the community to identify resources that will replace the services that were provided by COTH (Church of the Highlands),” added HABD in its statement.

Therefore, the commissioners have voted to “cancel” the memorandum with COTH — which it had with the church since 2017 — and will also end services provided by The Dream Center and Christ Health Center, which are ministries within the COTH, reports al.com.

The report added that the memorandum is the state’s largest with regards to resident outreach programs and social services at its Campus of Hope located in the Marks Village Public Housing community.

Birmingham high school teacher Jasmine Faith Clisby was the individual who brought pastor Hodges’ social media activity to the public’s attention, complaining that the pastor “likes someone who post[s] things that do not seem culturally sensitive,” according to al.com.

“I’m not saying he’s a racist. I’m saying he likes someone who post things that do not seem culturally sensitive to me,” wrote Clisby, who teaches English at Carver High School, and who, according to her own admission, does not attend Church of the Highlands.

The report added that Clisby finds it “objectionable and noteworthy” that the pastor follows Kirk on social media.

Pastor Hodges responded to the backlash by apologizing for his social media activity.

“I understand how this has made you feel and I apologize,” said pastor Hodges. “I don’t take it personally. I know people are hurting right now and they want clarity.”

“I would love for you to not just look at a microscopic zoom-in but look at the totality of 37 years of ministry and 19 years as a church,” the pastor added. “If you look at that it will be abundantly clear that we value every person.”