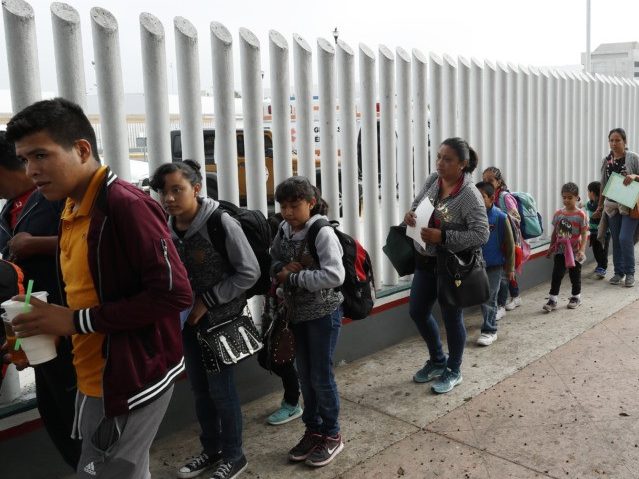 Since February, Breitbart News has reported how the Trump administration is set to enforce an existing law whereby foreign nationals seeking to permanently resettle in the U.S. would need to prove that they will not become drains on the American taxpayer.

Such a plan would be a boon for American taxpayers, who currently spend about $57.4 billion a year on paying for the welfare, crime, and schooling costs of the country’s mass importation of 1.5 million new, mostly low-skilled legal immigrants every year. In the last decade, the U.S. has imported more than 10 million foreign nationals and is on track to import the same amount in the coming decade if legal immigration controls are not implemented.

Through the Koch brothers’ network of organizations—which have campaigned for Democrats’ open borders policies this election cycle—which include the pro-mass immigration LIBRE Initiative and the economic libertarianism group Freedom Partners, the billionaire donors are opposing Trump’s reform to the legal immigration system.

“We should always welcome people who desire to come here and contribute because is it both morally right and their efforts benefit our nation, economy, and taxpayers,” Nascimento said.

Nascimento also said the U.S. must continue bringing more than 1.5 million immigrants to the country every year because there are not enough American workers willing to do blue-collar jobs, though economic data does not back up the so-called “labor shortage” claims made by the big business lobby and Chamber of Commerce.

“Moreover, with a strong economy fueled by the Trump administration’s pro-growth policies, unemployment is at a nearly 50-year low and many companies struggle to find workers,” Nascimento said. “We’re concerned that this proposed rule discourages well-intentioned, legal immigrants from coming here, particularly at a time when their contributions are needed the most.”

“Our communities, businesses, and economy will suffer as the rule is likely to turn away immigrants who will contribute their ideas and talents in a mutually beneficial way to society,” Hernandez said.