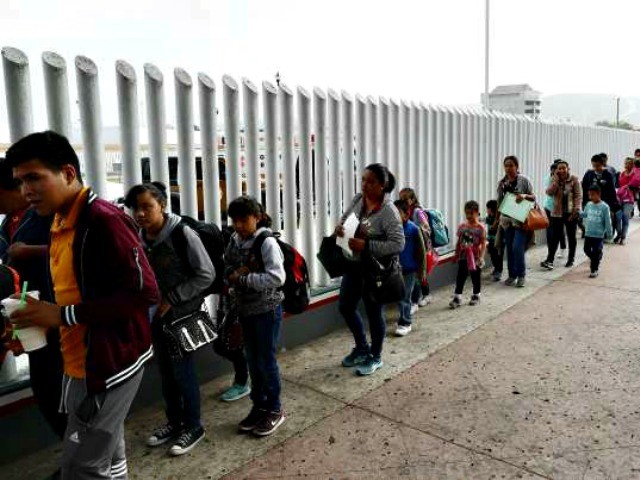 On Tuesday, President Trump announced that he is readying an executive order to end birthright citizenship in the U.S. The unilateral move would carry the country into the future on the issue, putting the nation more in line with similar Western countries. Currently, the U.S. and Canada are the only developed nations in the world that offer unrestricted birthright citizenship.

“The president has stated his intention to use executive action to try to end birthright citizenship in this country – a proposal he first endorsed as a candidate in 2015,” LIBRE Initiative President Daniel Garza said in a statement.

“Then and now, we declare our opposition to this idea that goes against our principles. Our immigration laws should be updated based on the most thoughtful ideas,” Garza said. “We remain ready to work with anyone who is willing to work seriously toward this important goal.”

The statement from the Koch brothers’ organizational network is just the latest attempt for the economic libertarian billionaires to oppose Trump’s “America First” agenda.

The Koch organization, weeks ago, announced that they would oppose Trump’s initiative to save American taxpayers money by stopping welfare-dependent legal immigrants from permanently resettling in the U.S.

The Supreme Court, however, has never explicitly ruled that the children of illegal aliens must be granted automatic citizenship, and many legal scholars dispute the idea.

Every year, the U.S. admits more than 1.5 foreign nationals, with the vast majority deriving from family-based chain migration. As Breitbart News recently reported, there are more anchor baby births in the Los Angeles, California metro area than the total of U.S. births in 14 states and the District of Colombia. Every year, American taxpayers are billed about $2.4 billion to pay for the births of illegal aliens, and every year nearly 300,000 anchor babies are born in the U.S.