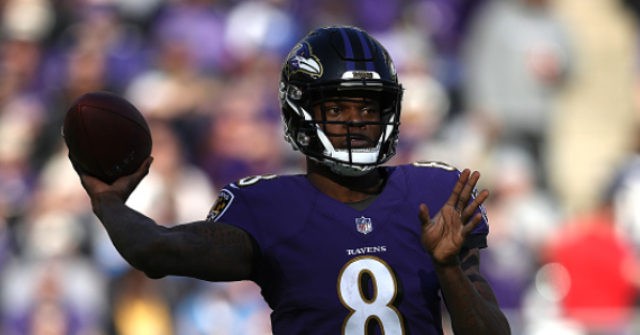 When QB Lamar Jackson came out of Louisville in 2018, former NFL GM Bill Polian suggested the player move to wide receiver due to throwing inaccuracy.

But Jackson has played so well at quarterback for the now 6-2 Baltimore Ravens, he ‘s changed Polian’s mind.

“I was wrong, because I used the old, traditional quarterback standard with him, which is clearly why [Ravens Head Coach] John Harbaugh and [former Ravens General Manager] Ozzie Newsome were more prescient than I was,” Polian told USA Today’s Jarrett Bell in a November 2 article. “And [Ravens Offensive Coordinator] Greg [Roman] found a way in how he’s developed a system to use those dynamic skills. Bottom line, I was wrong.”

Before the 2018 draft, the Hall-of-Famer Polian told ESPN Radio about Jackson’s best NFL position: “I think wide receiver. Exceptional athlete. Exceptional ability to make you miss. Exceptional acceleration. Exceptional instinct with the ball in his hand — and that’s rare for wide receivers. [Antonio Brown] and who else? Name me another one who’s like that. Julio [Jones]’s not like that. This guy is incredible in the open field. Great ability to separate. Short and a little bit slight and clearly, clearly not the thrower the other guys are. The accuracy isn’t there.”

Jackson completed 57 percent of his passes during his three years starting at Louisville. That is considered a low percentile by NFL standards with top-shelf quarterbacks like Tom Brady at 64.1, Russell Wilson at 64.6, Drew Brees at 67.4 and Aaron Rodgers at 64.9.

Polian’s pre-draft commentary was based on completion percentage issues and Jackson’s electrifying running ability in the open field.

But some took offense to Polian’s remarks considering Jackson is African-American.

ESPN’s Undefeated ran a story on March 2, 2018 with the headline: Is the criticism of QB Lamar Jackson rooted in racism?

“The most intense biggest push back, though, was fueled by Polian’s assertion that Jackson should play receiver,” wrote Bell in the story featuring Polian’s mea culpa. “It smacked of barriers that many athletic African-American quarterbacks faced in previous decades, when they were forced to switch positions.”

As Bell pointed out, many black college quarterbacks “in previous decades” changed positions when matriculating to the NFL, like Marlin Briscoe in the 1970’s, who was made a receiver, and starred for the 1972 Super Bowl champion Miami Dolphins.

Or in the case of Warren Moon, he had to go to Canada and win five CFL championships, before being accepted as an NFL QB, and was eventually inducted into the Pro Football Hall of Fame.

But in recent years, this hasn’t been much of problem, but the issue reared its head again last year with the talk of Jackson possibly moving to receiver.

And now that he’s excelling for the Ravens, and has improved his completion percentage from college (63.6 in 2019), Jackson’s supporters are reminding people of the doubters, and one of them was Polian, who now admits he was wrong suggesting a position switch.

Jackson isn’t just an improved passer, but he compliments that with rare scrambling ability, and his full skill set was on display in the Ravens’ dismantling of reigning Super Bowl champion New England last Sunday, blowing them out 37-20.

The big question remaining about Jackson is his ability to stay healthy scrambling so often. One of the greatest running quarterbacks in NFL history, Michael Vick, thinks Jackson needs to “proceed with caution.”

“It’s not like a guy sitting in the pocket, you run the risk of getting injured,” Vick told ESPN about quarterbacks who scramble a lot. “I’m not saying that should deter Lamar or scare him; I’m just saying proceed with caution.”