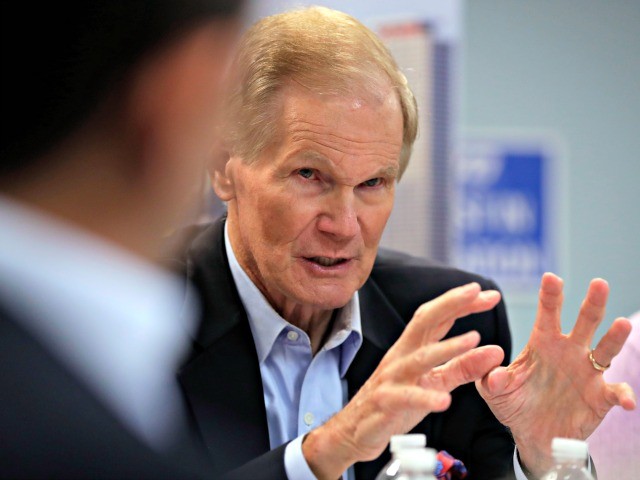 Sen. Nelson tweeted on Friday morning, “I will vote no on Judge Kavanaugh.”

I will vote no on Judge Kavanaugh.

Sen. Nelson tweeted on September 17 that there should be an investigation into California psychology professor Christine Blasey Ford’s accusation that Kavanaugh allegedly sexually assaulted her when they were both in high school in the 1980’s.

“I agree there should be an investigation of the new allegations against him. I believe the people involved should appear before the Judiciary committee,” Nelson said.

I’m still waiting for a meeting with Judge Kavanaugh I’ve requested four times. I have a number of questions for him. Meantime, I agree there should be an investigation of the new allegations against him. I believe the people involved should appear before the Judiciary committee.

I have called for:
—Complete disclosure of all documents
—Subpoena Mark Judge
—Postpone the vote
Dr. Ford was credible & courageous.
What message will we send to our daughters & sons, let alone sexual assault victims?
The message I will send is this—I vote no. #RightSideofHistory

Nelson faces an increasingly competitive race against Florida Gov. Rick Scott. One September poll had both Scott and Nelson receiving 47 percent of the vote, while a recent NBC News/Marist poll had Nelson up three points in the Florida Senate race.

Sen. Claire McCaskill (D-MO) decided last week that she will vote against Kavanaugh, suggesting that Kavanaugh’s alleged beliefs on campaign finance reform disqualifies him from the Supreme Court. The Missouri Democrat admitted that Ford’s sexual assault allegation against Kavanaugh was “troubling,” although it did not play a factor in her decision.

Nelson, McCaskill, and Jones’ early decision on Kavanaugh drives a stark contrast against other red-state Senate Democrats such as Sens. Joe Donnelly (D-IN), Joe Manchin (D-WV), Heidi Heitkamp (D-ND), and Jon Tester (D-MT), who could all end up voting in favor of Kavanaugh’s nomination. These Senate Democrats face competitive races against their Republican challengers, and they hope to get re-elected in states that President Donald J. Trump won handily.

Nelson’s vote planned vote against Kavanaugh might backfire as reports from Thursday night suggested that Sens. Donnelly, Manchin, Lisa Murkowski (R-AK), and Susan Collins (R-ME) all plans to vote the same way, giving Kavanaugh a potential bipartisan majority to confirm him, and would alienate red-state voters against the Florida Democrat.

Donnelly, Manchin, Murkowski and Collins are all expected to vote the same way, per senators and aides