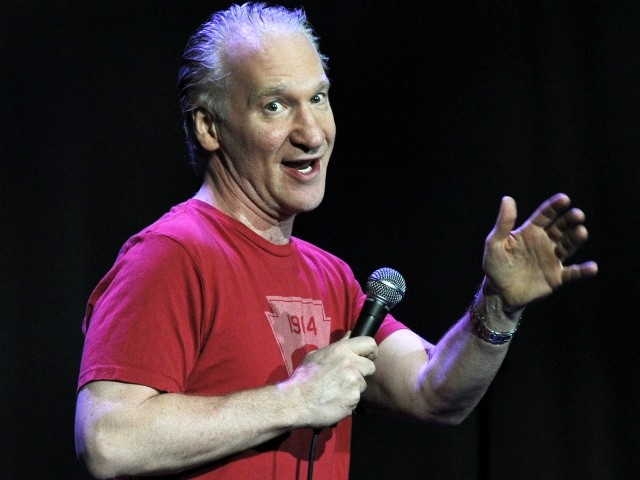 The Real Time host took to his Twitter account to slam Trump over his claims about why we need a border wall built on our southern border. But he also said that anyone who believes Trump is “brightness challenged.”

“Hearing Trump’s ridic[ulous] ‘statistics’ about terrorists coming thru WHERE THE WALL SHOULD BE! and then picturing his fans nodding along…u see why it’s so hard to comply with the “Don’t call them stupid!” request? Can I say ‘Brightness Challenged’? Bill Maher said.

Hearing Trump’s ridic “statistics” about terrorists coming thru WHERE THE WALL SHLD BE! and then picturing his fans nodding along…u see why it’s so hard to comply with the “Don’t call them stupid!” request? Can I say “Brightness Challenged”?

Maher is likely referring to recent media reports that “only” six illegal aliens who appeared on the terrorist watch list had been caught trying to sneak across the southern border in the six-month period from the last half of 2017 and into 2018.

The report comes on the heels of a statement from White House press secretary Sarah Huckabee Sanders, who was attacked for saying that “4,000 suspected terrorists” have come across the southern border. However, on Fox News Sunday, Sanders also noted that these terrorists were taken at airports and other ports of entry, as well, and not just the southern border alone.

Regardless, it appears that at least one Central American country has set up a law enforcement task force dedicated to identifying and deporting middle easterners and others with terror ties who have come into their country to join these “migrant caravans.”

Panama has cooperated with U.S. authorities in tracking and sometimes arresting these suspects, according to a report at the Federalist.