“I’m sure you’ve head about American citizen Eileen Gu — who was born and raised here in America, but who chose to ski in the Olympics for China,” Maher said in a recent Real Time episode.

“Cool, huh?” he quipped. “Is that cool now? To choose to represent a totalitarian police state over America?”

“The Olympics pretends to only be about sports, but of course, the games have always been a bit of proxy war for which country has the best system,” Maher continued. “And by choosing team China, Eileen Gu became a living symbol of China’s triumph over the West.”

Maher went on to say that China, however, hasn’t, however, “triumphed over us in the ways that really matter.”

“They are an authoritarian surveillance state based on, ‘How would you like to disappear for a few months?’” explained Maher, who then mentioned Chinese tennis champion Peng Shuai, who went missing in November after accusing the former head of China’s Olympic Committee of rape.

Shuai resurfaced earlier this month to promote the 2022 Beijing Winter Olympics, issuing an interview where she denied allegations.

“China has basically jailed an entire ethnic minority, the Uyghurs. A situation that both the Trump and Biden administrations have called a genocide,” Maher continued of the communist regime’s human rights abuses.

“America is not close to that, and it’s a cynical dodge to pretend that China’s sins should be overlooked because we all do it. No,” Maher said.

The Real Time host then went on to slam the NBA, LeBron James, and actor John Cena for “kowtowing” to China’s regime. Maher also reminded his audience that Houston Rockets general manager Daryl Morey was forced to apologize in 2019 for expressing support for Hong Kong. 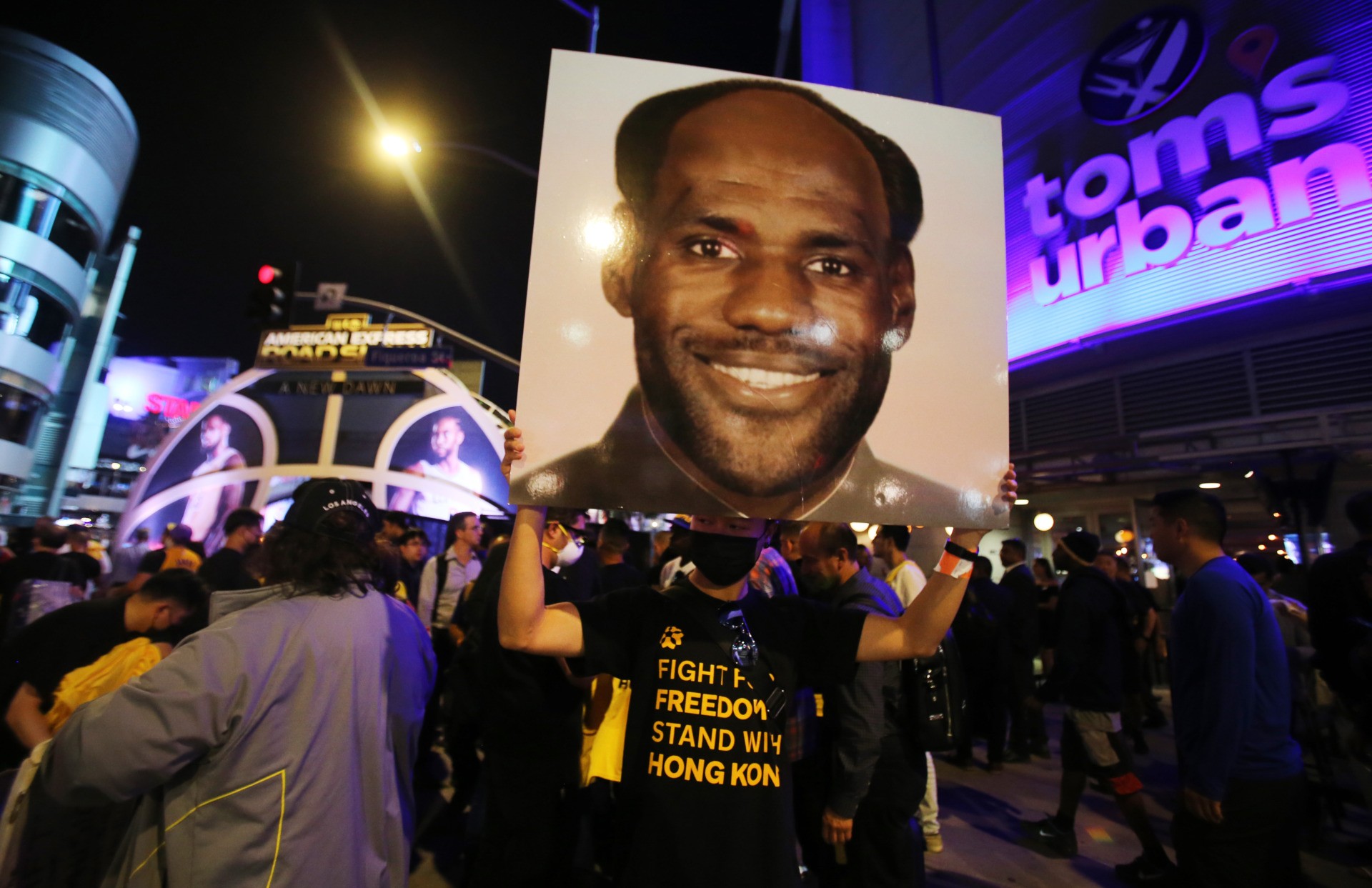 “In America, we’re supposed to root for democratic government, not apologize for it,” Maher said. “But the NBA has a television deal with China worth a billion and a half dollars, so LeBron James said Morey needed to be ‘educated on the situation,’ the situation being, ‘I’ve got some shoes to sell.’”

“Kowtow” is a Chinese word, but boy, Americans have gotten good at it. For years, Google proudly refused to kowtow to Chinese censors, adopting the slogan, “Don’t Be Evil.” But the Chinese market proves so lucrative that, well, okay, “a little evil.”

That’s the deal China offers American companies and celebrities: “We’ll give you access to our billion plus consumers, as long as you shut up about the whole police state, genocide thing.” John Cena took that deal. Well, come on, China accounts for 34 percent of global box office, and he’s a movie star now. So, like the Uyghurs, last year he learned he needed to get some re-education.

Maher than played a video of Cena apologizing to China, in Mandarin, after he called Taiwan a country.

“And I thought steroids shrunk your balls,” Maher said after playing Cena’s apology video. “When a country can make your big, muscly, macho man action stars grovel in their language, you know you’re somebody’s bitch.”

“So, can you really blame 18-year-old Eileen Gu who’s already made over $31 million as the face of 23 brand products in China for following in the footsteps of other American celebrities?” The Real Time host asked.

Maher went on to blast today’s “woke” culture, noting, “The definition of ‘woke’ was supposed to be being alert to injustice in society.”

“But because the ‘woke’ now see race first and everything else never, fear of being accused of racism has given a free pass on human rights abuses to China, and any other places that are perceived as non-white,” Maher said.