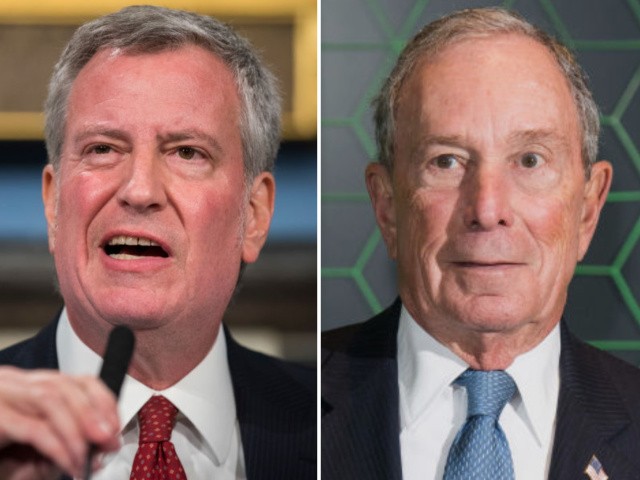 De Blasio, in a Friday night appearance on HBO’s Real Time with Bill Maher, bashed his billionaire mayoral predecessor and former Starbucks CEO Howard Schultz — both of whom have been floated as potential 2020 presidential contenders.

“Listen to this: two billionaires [telling] everyday Americans why we can’t afford for them decent healthcare,” said de Blasio. “That’s bankrupt! They are going to be laughed out the race.”

“Bloomberg has to come to grips with the fact he can’t talk down to the American people and tell them … that despite the fact that their [sic] working extraordinarily hard, they don’t get to have healthcare for their families – meanwhile, he gets all the healthcare he needs,” de Blasio added.

De Blasio and Bloomberg have expressed interest in putting their hats in the ring for the 2020 presidential race as Democrats, while Schultz has floated the idea of running as a “centrist independent.”

The New York City Democrat also reserved some criticism for former 2016 presidential candidate Hillary Clinton, calling her out for failing to reach out to working-class voters.

“The only reason Donald Trump had a chance in 2016 was that too many working Americans didn’t know Hillary Clinton was on their side,” said de Blasio, who worked on Clinton’s U.S. Senate campaign in 2000.