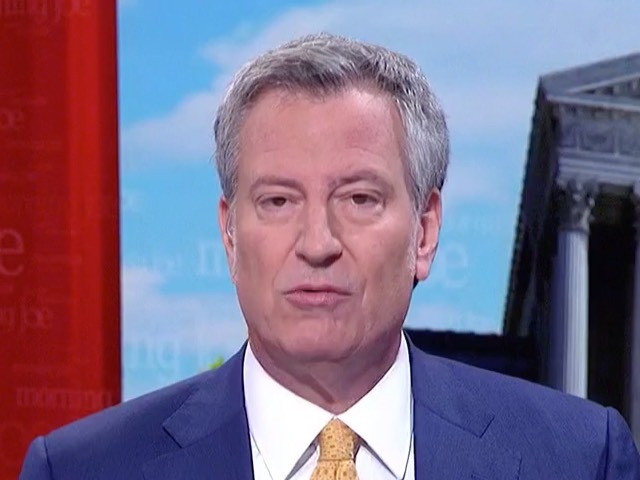 De Blasio said the city made it clear beforehand that the retail giant would have to live with New York City’s values.

“So, there is a series of automatic incentives that are available to any company that comes into the state,” de Blasio explained. “There is a series of incentives that are available to companies that build in the outer boroughs. Those are all automatic. Any company qualified, they are getting those type of things. They wanted additional concessions. Again, we weren’t willing to do that.”

He continued, “Other states offered, as you know, vast incentive packages. But they still end up coming to New York City because we said, ‘Look, this is what you got if you come to New York City. We are going to ask you to do things. We will tell you we need to build public space for anyone in the community and build space for school and training programs for people in public housing.’ The largest public housing in America is right near this Amazon campus. We want those folks to get jobs, too. Amazon understood that if you are going to come to New York City, you have to live with our values. And in the end, what we are going to see is not only a vast number of jobs, it’s by far the biggest number of new jobs this city has ever seen, but you’re also going to see an opportunity to create a pathway for a lot of folks who have wanted to get into the technology community.”