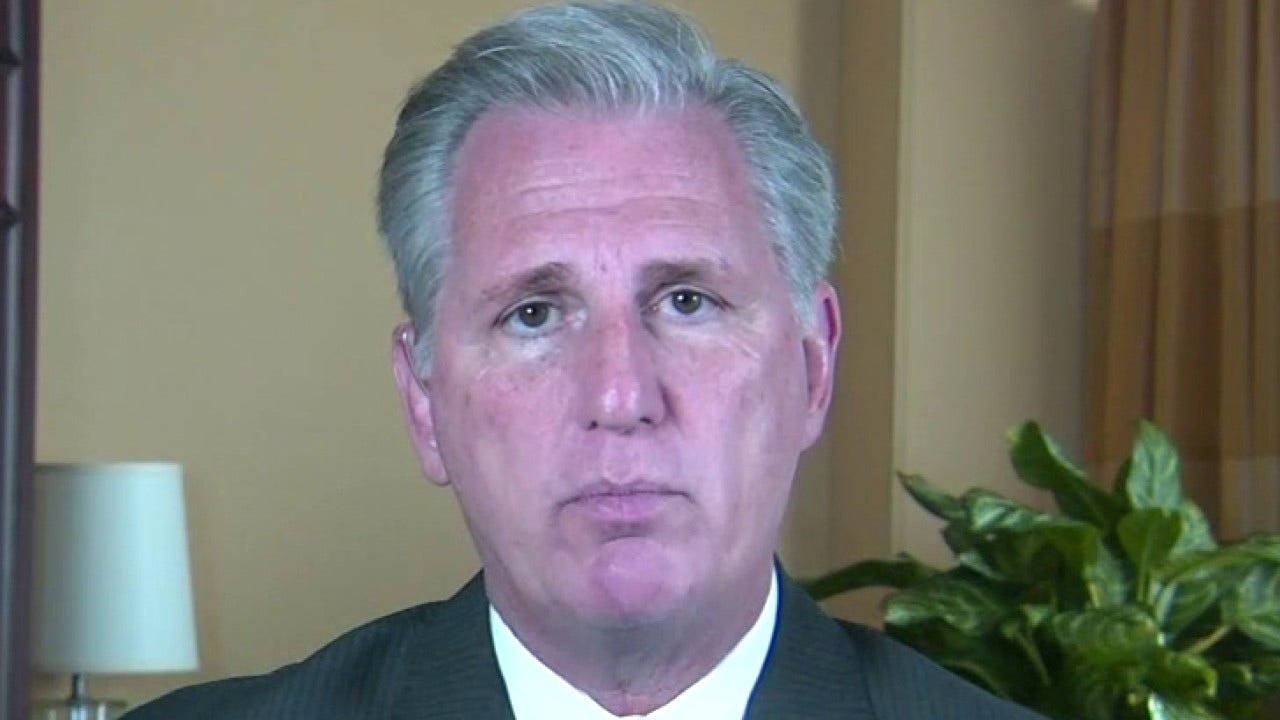 House GOP Leader Kevin McCarthy slammed Big Tech on Sunday for censoring users who tried to share a New York Post article about Hunter Biden, saying Facebook and Twitter should “be ashamed of how they’re so clearly trying to aid the Joe Biden campaign.”

McCarthy, R-Calif., made the comment during an exclusive interview with “Sunday Morning Futures.”

“Just as China’s trying to influence our election, we now find that Twitter and Facebook are doing the exact same thing and they should be ashamed and the American public is outraged about this,” McCarthy added.

On Wednesday afternoon, New York Post business reporter Noah Manskar first alerted that the outlet’s official Twitter account had been locked due to the Biden story being sourced from allegedly “hacked” information.

Twitter also locked several other accounts, including that of White House Press Secretary Kayleigh McEnany and NewsBusters managing editor Curtis Houck after they shared the article. Facebook also limited the distribution of the story, claiming that they would rely on its fact-checking partners to determine its legitimacy.

The Post report, which Fox News has not independently verified, contained a purported email between Hunter Biden and an adviser to Ukrainian energy company Burisma Holdings, who thanked the younger Biden for “giving an opportunity” to meet the then-Vice President.

The Biden campaign said the former vice president engaged in “no wrongdoing” and the alleged meeting didn’t take place.

“Our communication around our actions on the @nypost article was not great,” he tweeted. “And blocking URL sharing via tweet or DM with zero context as to why we’re blocking: unacceptable.”

Republican Sens. Ted Cruz, Lindsey Graham and Josh Hawley on Thursday called on the heads of Twitter and Facebook to testify before Congress, as critics claimed the social media platforms have been censoring reporting critical of Democrats.

On Sunday, McCarthy pointed to Section 230 of the 1996 Communications Decency Act saying, “it is time now that we scrap Section 230 and we start over.”

Section 230 states that “No provider or user of an interactive computer service shall be treated as the publisher or speaker of any information provided by another information content provider.”

It has been pivotal in the rise of social media by allowing not only Internet service providers, but also Twitter, Facebook, YouTube and others to be shielded from liability from content posted on their platforms by third parties in most cases.

“The American public desires free speech, so the federal government created a liability protection for tech companies to have a platform like Facebook and Twitter for liability protection where they cannot be sued so they just let information out and people are able to say what they want,” McCarthy said.

“But now, we’re watching that Big Tech is using this and censoring individuals,” he continued, adding that the social media platforms are “censoring” the federal government, newspapers and Americans “based upon what they believe.”

He responded that if if Republicans “become the majority” following the 2020 election, “I could promise you, you’ll see this legislation in January.”

“But just as [House Speaker] Nancy Pelosi has held any COVID relief for the American public, she has held up any legislation that will hold Big Tech accountable,” McCarthy continued.