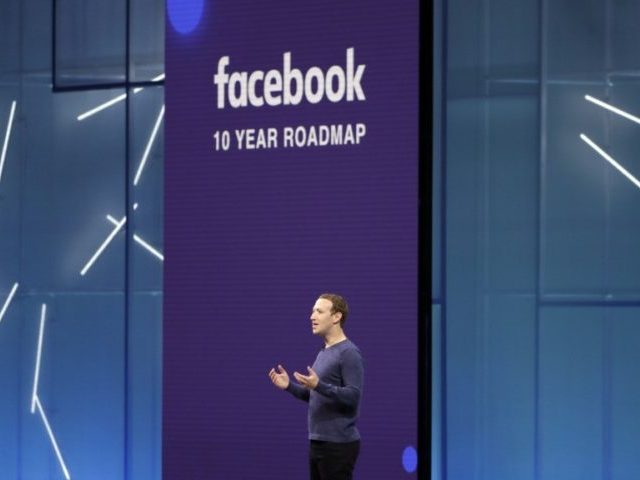 Big Tech companies, including Facebook, Snapchat, and Spotify, are encouraging their young userbase to vote next week with a series of features.

According to Reuters, “Snap Inc, Facebook Inc and other firms will remind users to vote and link to a nonprofit guide for identifying the correct polling place, ballot items and hours,” in an effort to encourage their young users to vote.

“Santa Monica, California-based Snap on Thursday said it would send a rare blast message to all of its U.S. users on election day, Nov. 6. The message will include the link to poll location information,” Reuters continued, adding that Snapchat’s “Snap Maps feature, which shows locations of users who opt in and locations of special activity, will also link to polling location data.”

Facebook and Spotify will reportedly “display the Gettothepolls.com link,” and “also prompt people to signal to their friends when they’ve voted.”

Ride-sharing service Lyft will also encourage its users to vote by offering discounted and free rides to polls.

In September, Big Tech companies, including Google, Facebook, Twitter, Snapchat, and Tinder, launched a mass campaign to encourage their users to register to vote for the midterm elections in November.

Last month, Snapchat revealed that its efforts led to more than 400,000 users registering to vote, many of whom were in “key battleground states.”

As previously reported, Snapchat, which employs former CNN correspondent Peter Hamby as its head of news, became a very popular platform for Democratic party candidates to advertise to a younger audience, with Hillary Clinton, Bernie Sanders, Martin O’Malley all utilizing the platform in 2016.

In August, psychologist Dr. Robert Epstein warned that Big Tech companies could “be able to shift upwards of 12 million votes in November with no one knowing that they’re doing so … and without leaving a paper trail for authorities to trace.”