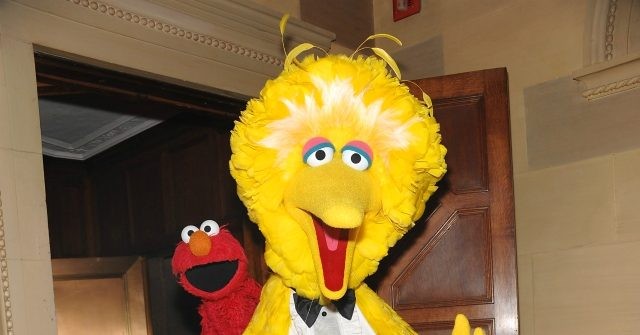 CNN is teaming up with the perennial children’s program Sesame Street in a virtual town hall that will “address racism” in America in the wake of the police involved death of George Floyd.

Scheduled to air Saturday, “Coming Together: Standing Up to Racism” will be co-moderated by Big Bird, with CNN’s Van Jones and Erica Hill adding support.

CNN and Sesame Street are doing a special town hall for young kids and families who have questions about racism and where our nation is right now. https://t.co/g58MwSP1bE

The announcement of the program comes just days after Sesame Street released a statement in the wake of the death of George Floyd, a black man who died in police custody in Minneapolis last week.

Seasame Street is no stranger to taking public positions on social justice causes. As Breitbart News reported, in 2016 the long running show unveiled a hijab-wearing Afghani Muppet named Zari who was tasked to teach kids about “girl empowerment, social and emotional wellbeing.”

Zari first appeared in season five of Baghch-e-Simsim, which is the Afghan version of Sesame Street.

“Sesame Street has done more to educate and entertain than any other children’s program in Afghanistan,” said Saad Mohseni, the president of the MOBY group, which airs numerous TV programs for Afghani children. “We are especially delighted about the introduction of Zari to Baghch-e-Simsim, which reflects Sesame’s commitment to the country and the show’s positive impact here.”

In 2017, the nonprofit behind the show received $100 million in grant money to help Syrian refugee children.

The MacArthur Foundation awarded the $100 million grant money to Sesame Workshop and the International Rescue Committee to start a series of programming initiatives aimed at refugee children in the Middle East.