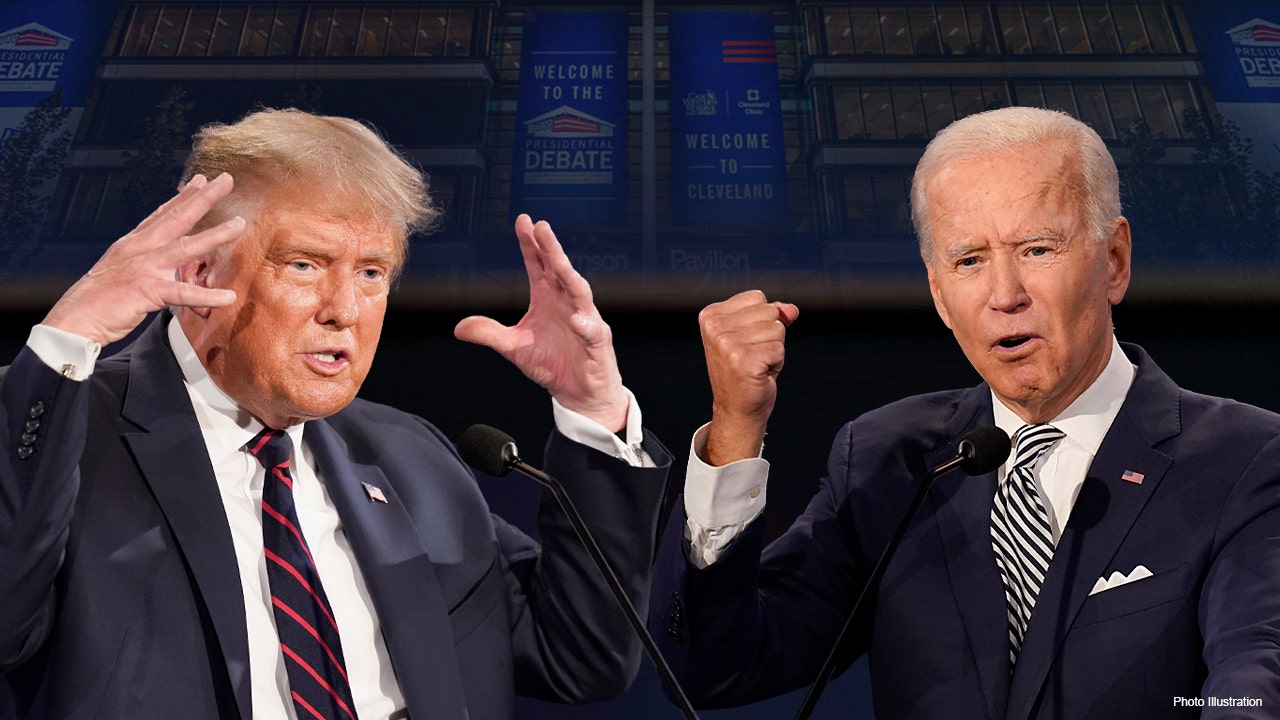 Democratic nominee Joe Biden delivered a message of unity after reports that President Trump would be taken to Walter Reed Medical Center following his Covid-19 diagnosis.

“This cannot be a partisan moment,” Biden wrote on Twitter Friday evening. “It must be an American moment. We have to come together as a nation.”

Earlier Friday, Biden tweeted that he and his wife Jill are sending their thoughts to Trump and first lady Melania Trump and wishing “for a swift recovery” after the Trumps announced they’d tested positive for COVID-19.

Biden and Sen. Kamala Harris tested negative for coronavirus Friday after being in proximity to Trump on Tuesday for the presidential debate. Biden and Trump were standing eight feet apart, according to ‘Fox News Sunday’ host and moderator Chris Wallace.

Biden, addressing a union crowd, emphasized that “this is not a matter of politics. It’s a bracing reminder to all of us that we have to take this virus seriously. It’s not going away automatically. We have to do our part to be responsible. That means following the science. Listening to the experts. Washing our hands. Social distancing.”

The former vice president’s comments come three days after Trump – who avoided wearing a mask in public until July and who continues to resist any forceful urging of Americans to wear masks – once again mocked Biden for wearing a mask, saying at the debate that “I don’t wear a mask like him. Every time you see him, he’s got a mask. He could be speaking 200 feet away from him and he shows up with the biggest mask I’ve ever seen.”

The Democratic presidential nominee in a tweet Friday said, “We will continue to pray for the health and safety of the president and his family.”

The White House said Friday evening the president was being taken to the hospital “out of an abundance of caution,” after experiencing “mild symptoms” of coronavirus.

Upon arrival to Walter Reed, Trump walked down the steps of Marine One, and again saluted military officers at the medical center.

He tweeted a pre-recorded video from the White House, thanking Americans for their “tremendous support.”

“I want to thank everybody for the tremendous support. I am going to Walter Reed Hospital,” the president said. “I think I’m doing very well, but we’re going to make sure that things work out.”

“Following PCR-confirmation of the President’s diagnosis, as a precautionary measure he received a single 8-gram dose of Regeneron’s polyclonal antibody cocktail,” a memo released Friday afternoon by Dr. Sean P. Conley, the president’s physician, stated. “He completed the infusion without incident.”

“In addition to the polyclonal antibodies, the President has been taking zinc, Vitamin D, famotidine, melatonin and a daily aspirin,” Conley said.

Conley added that “as of this afternoon, the President remains fatigued but in good spirts.”

Conley added that the first lady “remains well with only a mild cough and headache, and the remainder of the First Family are well and tested negative for SARS-CoV-2 today.”

The president’s re-election campaign announced Friday that his events are being temporarily postponed, or moved to a virtual setting.