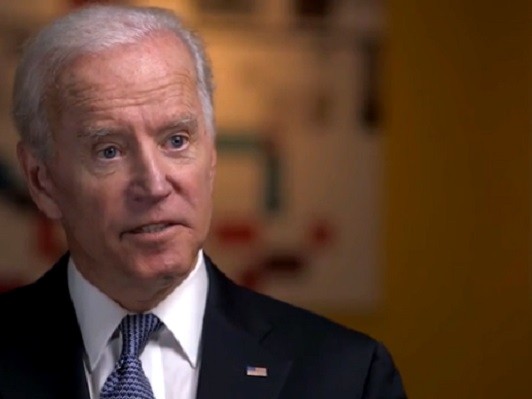 Thursday on “CBS This Morning,” former Vice President Joe Biden dismissed the notion that voter fraud was a problem in the United States.

Biden told co-host Norah O’Donnell in an interview that efforts to combat voter fraud were nothing more than an attempt to suppress the vote and when asked if he thought there was a “voter suppression” effort underway.

“Absolutely,” he replied. “I don’t know the exact number, but somewhere in the order of 77, in the last couple of years, pieces of legislation have been introduced in state legislatures to restrict the right to vote. We should have automatic registration. We should have it allowing everybody to vote.”

“My generic point is there is no evidence in all of the studies done of widespread voter fraud of that being a central problem in the American electoral process,” Biden added. “It’s just not true.”

Biden said voter identification laws were one such example of efforts to suppress the vote.

“Absolutely, positively — without question,” he added. “It continues. It is one of the reasons why this museum — the people in this museum that are honored started their fight. It is still going on. It still exists. It’s wrong. And look, that voter ID thing — My name is Joseph R. Biden, Jr. If I show up and I don’t have a license that says ‘Joseph R. Biden’ or doesn’t have ‘Jr.’ on it, then I can’t vote? Everybody knows who the heck I am, and the challenger knows who I am? Come on. This is designed to suppress the vote, not allow the vote.”