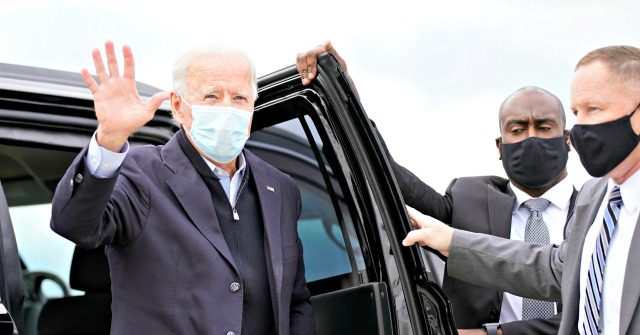 Joe Biden’s campaign suspended all of its negative ads on Friday in the wake of President Donald Trump’s novel coronavirus diagnosis.

The New York Times was the first to report on the move shortly after Trump, who tested positive for the virus on Thursday, departed the White House for Walter Reed Medical Center in Bethesda, Maryland. An aide of Biden told CNN that the decision to pull all negative ads for the foreseeable future came before Trump’s hospital visit was announced. It is expected that it might take days for some of the ads that are already in circulation to stop running.

Although Biden’s campaign has not issued a statement on the decision, its senior adviser, Ronald Klain, confirmed the news on social media. Biden, himself, took to Twitter shortly after outlets began reporting on his decision, to state vaguely that “this cannot be a partisan moment.”

This cannot be a partisan moment.

It must be an American moment.

We have to come together as a nation.

Biden echoed similar thoughts on Friday when speaking to supporters in Grand Rapids, Michigan. The former vice president, who tested negative for the virus after having been in contact with Trump at the first general election debate this week, told those in attendance that the commander-in-chief’s diagnosis was a “bracing reminder” to take “this virus seriously.”

“This is not a matter of politics,” said Biden, who refused to take off his mask during the event. “We have to do our part to be responsible. It means following the science, listening to the experts, washing our hands, social distancing.”