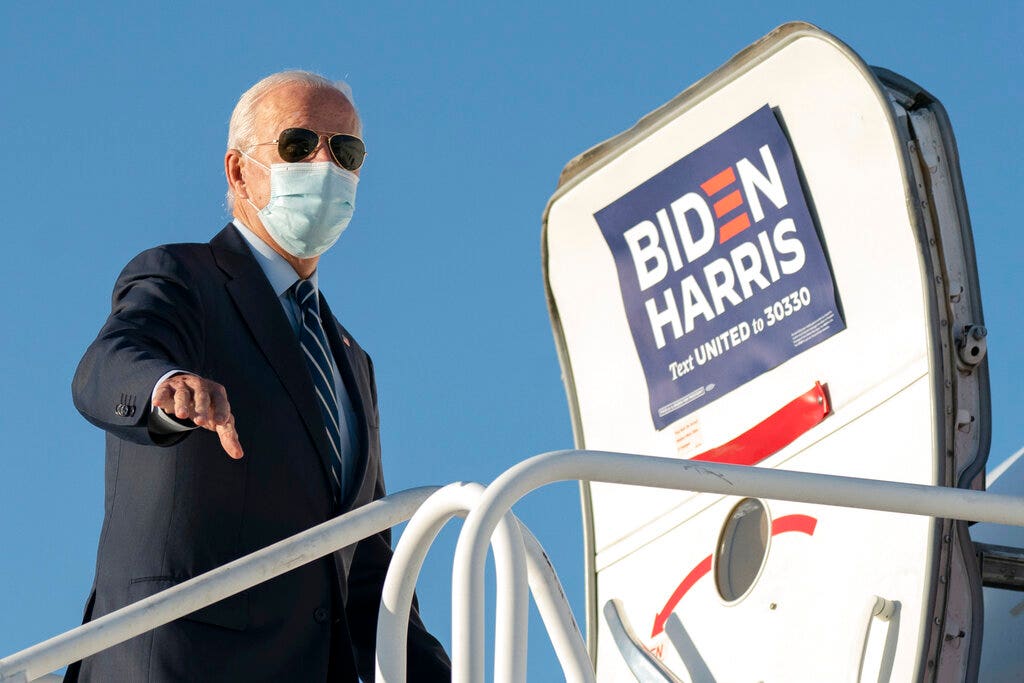 Democratic nominee Joe Biden says he supports rule changes by the Commission on Presidential Debates to mute candidates’ microphones during the next faceoff scheduled to take place on Thursday.

“I think it’s a good idea. I think there should be more limitations on us not interrupting one another,” Biden told WISN12 News in a virtual interview Tuesday.

The CPD announced Monday it would mute President Trump and Biden during the initial two-minute response times allotted to their opponents at the debate, which will be held in Nashville.

Also included in the debate will be an open discussion forum that won’t include the mute option. Thursday’s debate will consist of six 15-minute segments, totaling 90 minutes in all as in the first debate.

But unlike the first debate, which was muddied by cross talk, and interruptions– the majority by Trump– the new rules will attempt to minimize disruptions that impede the candidates from making salient points to voters.

Trump decried the new rules, just weeks after forcing the initial second debate to be cancelled after he said he would not attend it in a virtual setting– a change made after Trump tested positive for the coronavirus.

“President Trump is committed to debating Joe Biden regardless of last-minute rule changes from the biased commission in their latest attempt to provide advantage to their favored candidate,” campaign manager Bill Stepien said in a statement.

Biden told WISN he hopes Trump will be open to debating the issues but is doubtful that will be the case.

“I hope [Trump’s] gonna come prepared to talk about what he’s for. But…he’s kinda signaling that it’s all going to be about personal attacks,” Biden said.

Trump signaled to the commission he’d like to be asked more about foreign policy, which Biden has said is just a tactic to deflect from talking about his handling of the coronaviurs pandemic.