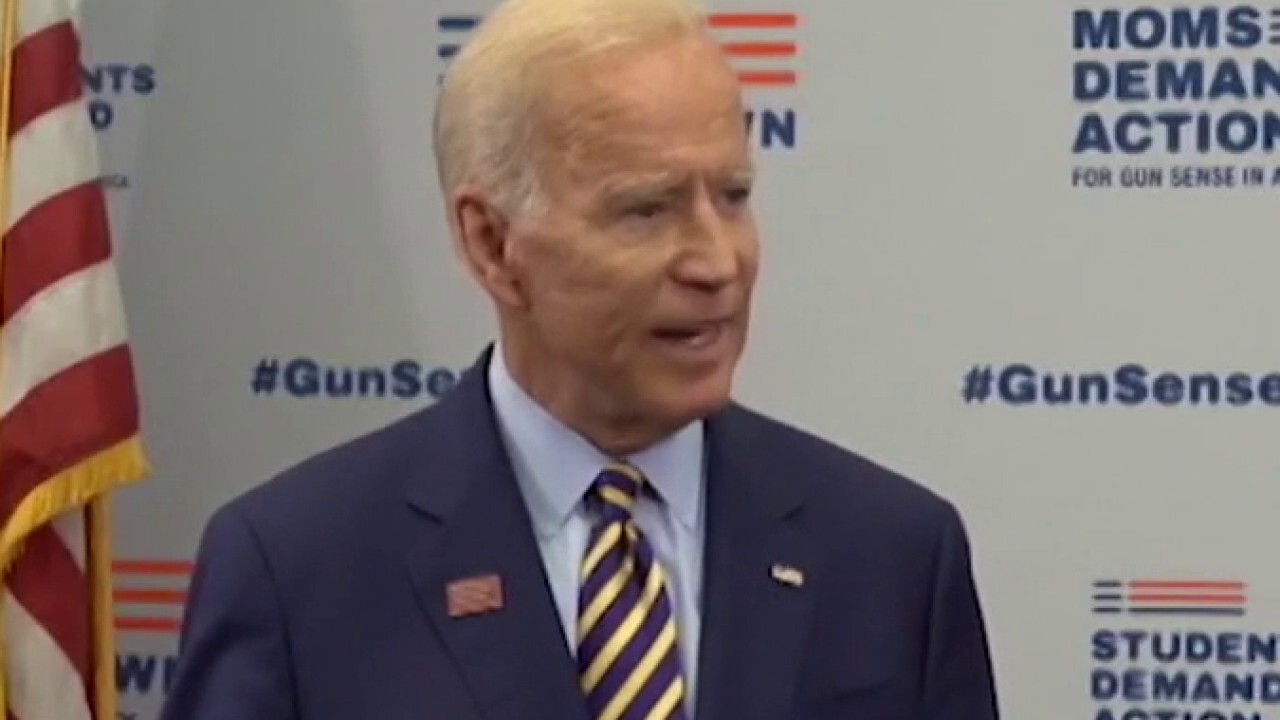 Joe Biden shattered the monthly record for fundraising during a presidential campaign when he hauled in a massive $364.5 million in August.

Fast forward a month and the Democratic presidential nominee broke his own record, with the former vice president announcing Wednesday night on Twitter that the Biden campaign, the Democratic National Committee (DNC) and their joint fundraising committees hauled in $383 million in September.

“To every person who chipped in a few dollars last month — thank you. Because of your support, we raised an astounding $383 million. I’m incredibly humbled,” Biden wrote.

“That’s more than I’ve ever raised in my whole life… I’m really humbled by it,” Biden added in a video in which he announced the news to one of his supporters, a special education teacher who lives in Harrisburg, Pennsylvania.

Biden campaign manager Jen O’Malley Dillon announced on Twitter that the Biden campaign and the DNC entered October with an eyepopping $432 million cash on hand. That’s down slightly from the $466 million they had in the bank at the beginning of September, as the Biden campaign continues to spend tens of millions of dollars each week to run ads on TV, radio, and digital in the key general election battleground states and on national broadcast and cable networks.

Touting the campaign’s low dollar donations, Dillon said that “Our success has been driven by our grassroots supporters. $203 million came from online donors. We had 1.1 million new donors last month — bringing the total to 5.5 million donors throughout this campaign.”

President Trump’s re-election campaign and the Republican National Committee (RNC) have yet to announce their September haul. The Trump campaign, the RNC, and their joint fundraising committees had $325 million in their coffers as of the beginning of September after raising $210 million in August.

Biden, who declared his candidacy in April of last year, struggled to fundraise for much of his campaign. He raised just $8.9 million in January and $18 million in February.

But Biden saw his fundraising spike starting in the late winter and early spring, as he became the clear front-runner for the Democratic nomination and much of the party coalesced around his White House bid. Biden became the presumptive Democratic presidential nominee in April as his last remaining primary rival – Sen. Bernie Sanders of Vermont – dropped out of the race and backed the former vice president.

Biden and the DNC outraised Trump and the RNC in May and June and spent money at a much slower rate than the president’s team during the spring and early summer. Biden’s fundraising surged even further in August after naming Sen. Kamala Harris of California as his running mate. The infusion of cash has allowed the Biden campaign to vastly outspend Trump’s team to run TV ads since the beginning of August.

The president has been raising money for his reelection bid since entering the White House nearly four years ago. And the reelection effort’s hauled in an unprecedented $1.2 billion the past two years.

Campaign cash can be used by candidates to produce and run ads, build staff, boost grassroots outreach and get out the vote efforts. But while it’s a crucial element in campaign politics, the candidate that spends the most money doesn’t always win. Democratic nominee Hillary Clinton dramatically outspent Trump in the 2016 election. Clinton ended up winning the national popular vote by 2 points, but Trump edged Clinton in a number of the key battleground states, giving him an Electoral College rout over Clinton to win the White House.