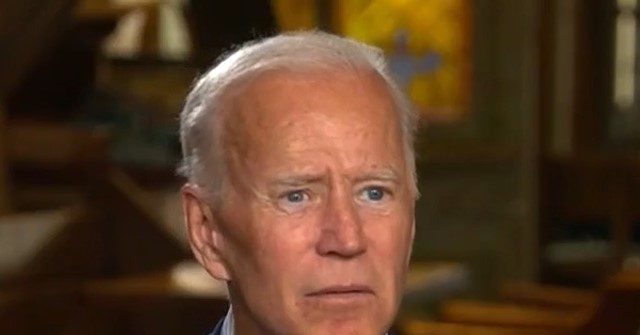 During a sit-down interview with CNN’s Chris Cuomo, 2020 Democrat presidential candidate former Vice President Joe Biden discussed the possibility of having a female as his vice president if he is elected president.

Biden told Cuomo he supports a female being his vice president or even winning the presidency if he is not elected.

“I think it helps having a woman on the ticket,” he added. “And there’s a lot of qualified women out there.”

Cuomo asked if Sen. Kamala Harris (D-CA), one of Biden’s opponents for 2020, would be a possible vice president option for him, but the former vice president refused to answer because he did not want to seem “arrogant” or “presumptuous.”

“Look, one of the things I’m not going to get into, because it got used before, is when I was asked — I don’t even have the nomination, and I’m presuming who I might pick as a vice president. That’s easily flipped on me and saying, well, Biden’s being arrogant. Biden thinks I’ll have him as my vice president. So, I’m not going to comment on any individual,” he stated.