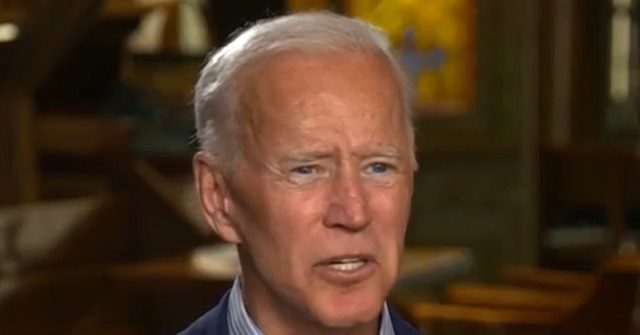 During an interview that aired on CNN’s “New Day” on Friday, former Vice President Joe Biden, a candidate for the 2020 Democratic presidential nomination, told network host Chris Cuomo if President Donald Trump is reelected, there would be no NATO in four to five years.

BIDEN: [W]e need allies. He is absolutely dissing them. He’s embracing thugs. He is embracing Kim Jong-un, who’s a thug. He’s embracing Putin, who is a flat dictator. He’s embracing people — in fact, he is stiff-arming our friends. He’s threatening NATO, to pull out of NATO. I mean, come on.

CUOMO: He says he’s gotten gotten NATO to give in more money for their defense because of his tactics.

BIDEN: Give me a break. Come on, man. And b the way, the idea that NATO — let me put it this way, if he wins re-election, I promise you there will be no NATO in four years or five years.

CUOMO: You think there will be no more NATO if he’s re-elected?

BIDEN: No more NATO. I mean, I went to the conference that we have — it’s call the Vercundsa Conference. And the first [speaker] stood up, the chancellor, former chancellor of Germany, stands up. She says we have to go it alone. We can’t count on the United States. Why did we set up NATO, Chris? So no one nation could abuse the power in the region in Europe that would suck us in, in a way they did in World War I and World War II. It is being crushed.