Sen. Cynthia Lummis (R-WY) grilled on Thursday Sarah Bloom Raskin, one of President Joe Biden’s nominees to serve on the Federal Reserve board of governors, over how Raskin may have used her influence as a former Fed governor to secure a lucrative financial tool for her company.

Lummis questioned Raskin, who is nominated to serve as the Fed vice chair of supervision, about her time at Reserve Trust, the only chartered non-bank fintech company to have a Fed master account. 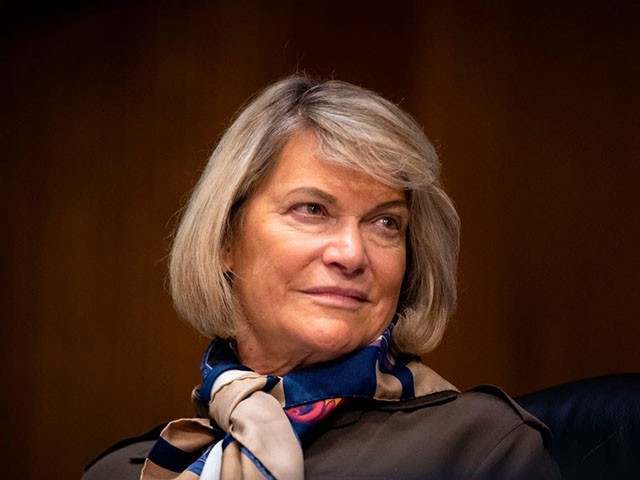 Lummis has continuously grilled other Federal Reserve officials, including chairman Jerome Powell, over the Fed’s refusal to grant master accounts to fintech companies such as Kraken and Avanti. Wyoming has granted permission to these companies to become Special Purpose Depository Institutions (SPDIs), which would allow them to transact digital currencies while performing traditional banking functions. However, Kraken, Avanti, and many other fintech companies require these master accounts to arrange payments with the Fed.

“My state’s companies, my constituents have been stonewalled have been slow-walked, and have not been able to get approval even though they have been working with the Fed for two and a half years on our very specific guidelines for getting master accounts,” she said.

“It’s a mystery to me how dozens of fin-tech have tried unsuccessfully and how Wyoming’s SPDI charter has been under review [for so long],” Lummis asked. “How did Reserve Trust get there so quickly?”

Lummis said, “it’s my understanding” that Raskin, a former Fed board governor, called the Fed regarding Reserve Trust’s master account application, which gives her “significant questions” about her involvement in the trust’s application.

The Federal Reserve has come under increased scrutiny as two Federal Reserve presidents have stepped down after they had engaged in controversial trading of individual stocks. The Fed then banned senior officials from purchasing individual stocks or bonds and required investment activities to be limited to broad-based products such as mutual funds.

She continued, “You leave Treasury, you serve on the board of Reserve Trust for two years, their first application for Master Account is denied, but after the first denial, you call the Federal Reserve and Reserve Trust receives a master account. The only state-chartered trust company in the country to get one, and you walk away with a million and a half dollars. Something doesn’t smell right with the way this played out.”