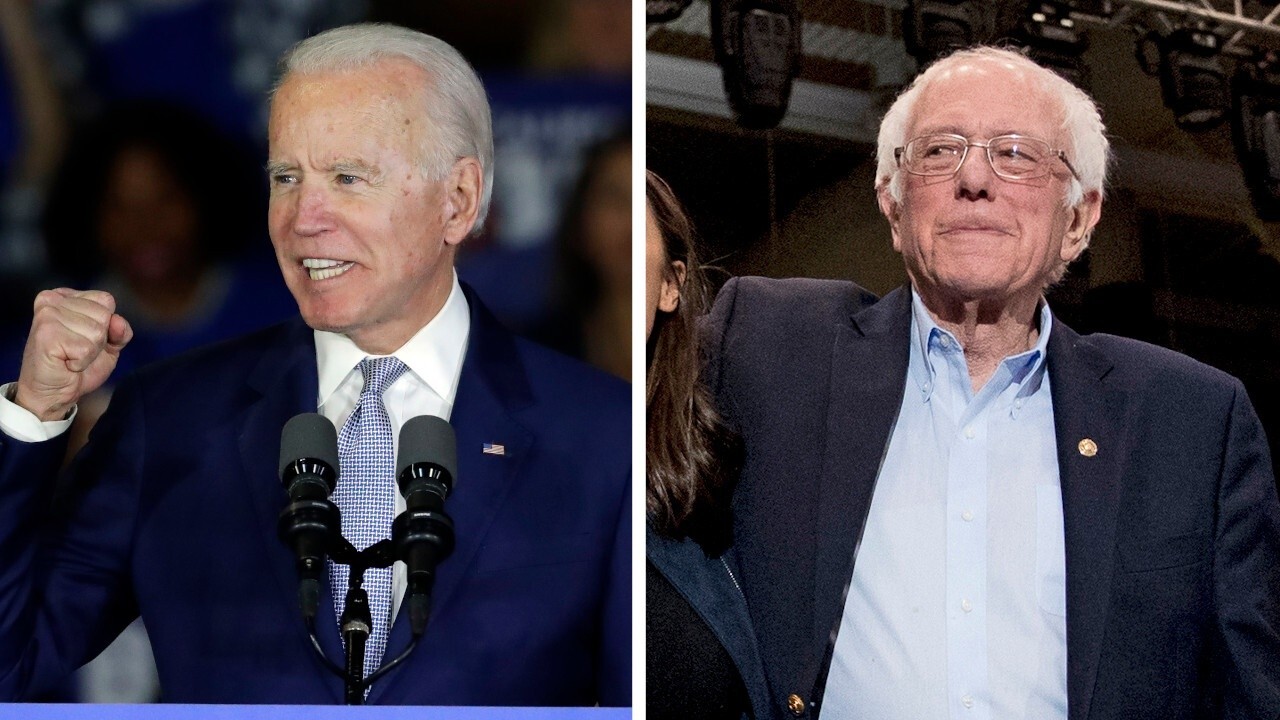 Just days after Joe Biden declared that he would “transform” the country if elected, Vermont Sen. Bernie Sanders predicted Wednesday that Biden could become the “most progressive president” since Franklin D. Roosevelt.

Sanders’ remarks came as a task force set up by the two former rivals released a wide-ranging set of recommendations for the party’s convention platform.

“The compromise they came up with, if implemented, will make Biden the most progressive president since FDR,” Sanders told MSNBC. “It did not have, needless to say, everything that I wanted, everything that Biden wanted.”

Sanders added that there was a “real honest effort” to find a compromise between left-wing supporters of Sanders, and establishment Biden backers.

“The fact Joe Biden has embraced Bernie Sanders’ radical agenda verbatim is proof that while Bernie may not be the one leading the Democrat Party, Biden is more than happy to be his champion in its lurch to the left,” Guest tweeted, before taking a shot at Biden’s previous plagiarism scandals: “Bottom Line: Joe Biden has years of experience copying from others, now his task force is straight up copying from Bernie’s 2020 campaign proposals.”

The Democratic Party has, indeed, shifted to the left in recent months, and there are indications Biden is on board with the new progressive wing. For example, Rep. Ilhan Omar, D-Minn., on Tuesday called for dismantling America’s “system of oppression,” citing the country’s economic and political systems; the Biden campaign didn’t respond when asked by Fox News if the former vice president agreed with Omar.

Other Democrats introduced a bill this week that would defund prisons, eliminate live sentences, and allow undocumented immigrants to vote and provide them with free “lifetime education.” Biden recently said money “absolutely” should be directed away from police departments.

However, while the proposals lay out a progressive road map for the former vice president, the document falls short of the ambitious plans pushed by Sanders and other candidates during the Democratic primaries.

The health care task force spotlights ways to expand coverage by strengthening the Affordable Care Act, which was Biden’s position during the primaries, rather than pushing for a single-payer “Medicare-for-all” health care system, a signature policy goal for Sanders and Sen. Elizabeth Warren of Massachusetts.

But the climate change task force — co-chaired by progressive Rep. Alexandria Ocasio-Cortez of New York and former Secretary of State John Kerry — calls for a faster timetable to achieve net-zero carbon emissions than Biden has previously advocated for, instead of the Ocasio-Cortez-championed Green New Deal to overhaul environmental policy.

The freshman congresswoman and member of the so-called Squad tweeted: “I do believe that the Climate Task Force effort meaningfully & substantively improved Biden’s positions.”

The panel was appointed by Biden and Sanders after the populist senator from Vermont dropped out of the race and endorsed the former vice president. Its mission — following a primary season where the sharp policy differences between the more moderate Biden and the populist Sanders and Warren were on display — was to find common ground in six key areas: climate change, criminal justice reform, the economy, education, health care and immigration.

“I commend the Task Forces for their service and helping build a bold, transformative platform for our party and for our country. And I am deeply grateful to Senator Sanders for working together to unite our party, and deliver real, lasting change for generations to come,” Biden said in a statement.

THE LATEST FROM FOX NEWS ON THE 2020 PRESIDENTIAL CAMPAIGN

Sanders, in a separate statement, acknowledged that “the end result is not what I or my supporters would have written alone.” But the senator added that “the task forces have created a good policy blueprint that will move this country in a much-needed progressive direction and substantially improve the lives of working families throughout our country.”