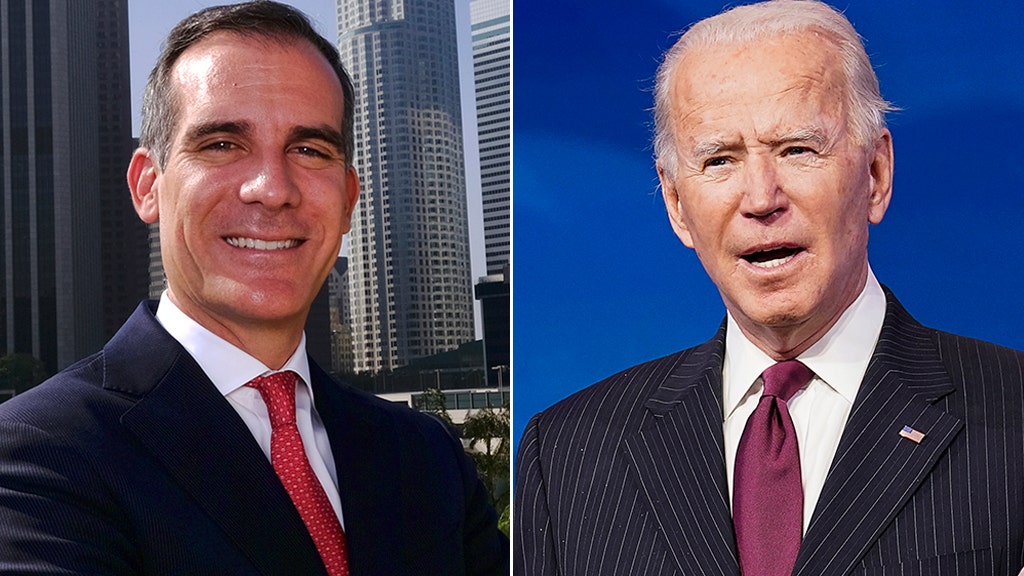 Garcetti, who has been mayor of one of the most populous cities in the U.S. since 2013, served as co-chair of Biden’s presidential campaign and Inaugural Committee.

Fox News could not immediately reach the Los Angeles mayor for comment.

Garcetti previously turned down an offer by Biden to serve in his administration, opting to continue to govern his COVID-stricken city late last year.

“At this point, when so many lives are on the line, there is nothing more important to me, no task more urgent, than being here as your mayor during the worst emergency that our city has ever faced,” Garcetti said during a December news conference.

“As the administration reached out to me about serving,” he said, “I let them know…that my city needs me now, and that I want to be here, and that I need to be here.”

But as the coronavirus caseload reduces across the U.S. it is unclear if Garcetti would turn down the president for a second time.

The U.S. sent over $100 million in medical supplies to aid with the spiking caseloads last week.

But apart from assisting India to tackle the pandemic, Garcetti would likely play a crucial role in facilitating a strengthening relationship between the U.S. and India as Biden attempts to bolster U.S. ties with democratic nations near China.

Garcetti faced backlash from Black Lives Matter protestors who demonstrated outside of his home for nearly a month last year, demanding his name be dropped from Biden’s list of cabinet hopefuls over his handling of the city’s homelessness and police oversight.

The Los Angeles mayor’s second and final term is up in Fall 2022.

Vandana Rambaran contributed to this report.