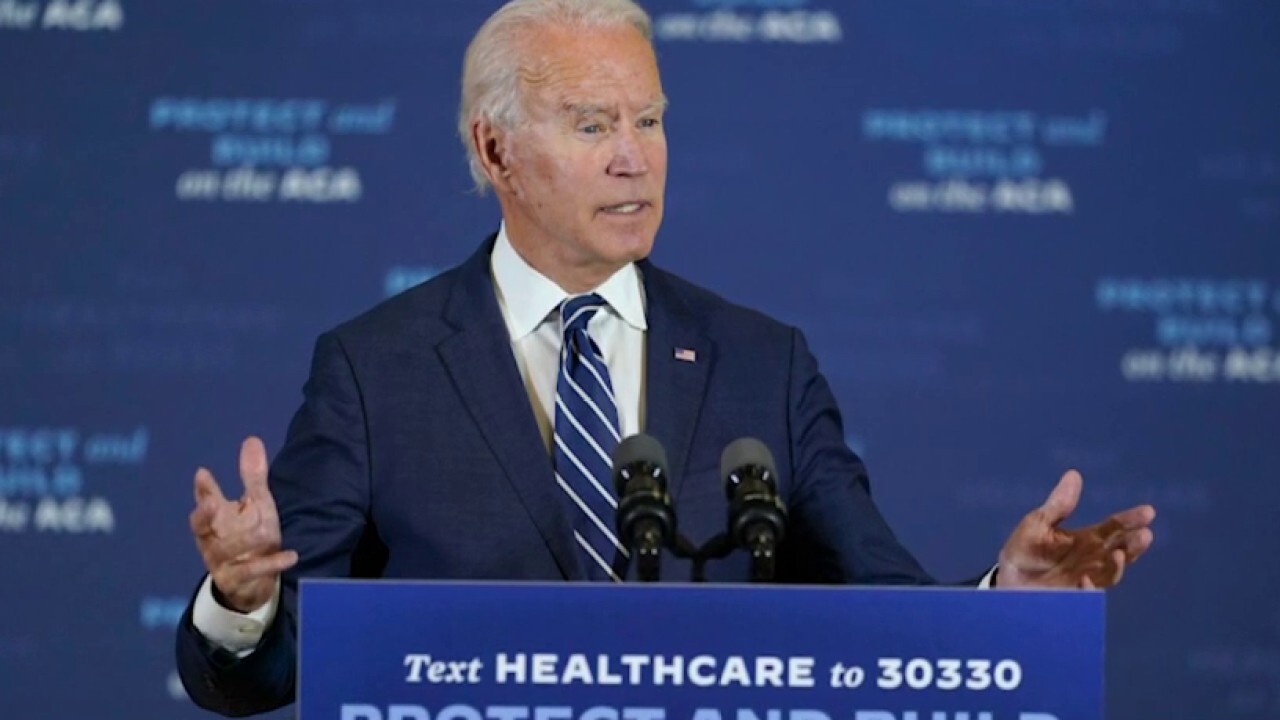 Democratic presidential nominee Joe Biden paraphrased the man he shared a ticket with in 2008 and 2012, when he used an idea from President Barack Obama in a speech at a Sunday campaign event.

Biden, addressing an audience at a voter mobilization event in North Carolina, claimed that he would be a president for all Americans, and declared that while he represents one party now, he will represent all if elected.

OBAMA TO STUMP FOR BIDEN LESS THAN TWO WEEKS BEFORE ELECTION

“I’m running as a Democrat but I will govern as an American president,” Biden said. “No red states, no blue states, just the United States.”

Obama said the same thing when he and Biden were running for a second term in 2012.

More famously, however, Obama delivered a similar message during his keynote address at the 2004 Democratic National Convention when he was an Illinois Senate candidate.

The speech heightened Obama’s profile on the national stage just four years before he was elected as the country’s first Black president.

Obama will head to Philadelphia on Wednesday to campaign on behalf of the Biden, his first appearance on the trail thus far during this campaign season.

With just two weeks until the election, the former president will rally support in a battleground state that President Trump won by less than a percentage point in 2016.