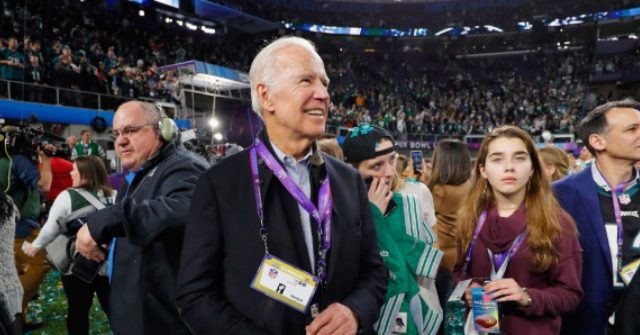 Joe Biden’s 2020 campaign flooded the air with an ad blitz during Sunday’s NFL games, putting the candidate in front of millions of football fans.

The Biden campaign debuted three new TV ads during the weekend’s games. Two aired during the Steelers-Browns game, and a third aired during the Rams-49ers game. The final new ad will appear during Monday Night Football, according to the Hill.

The first two ads, one entitled “Blind Pig,” which attacks Trump’s response to the coronavirus, and a second entitled, “Flex Your Power,” which urges football fans to get out and vote, aired during the Steelers-Browns game. The latter ad features a U.S. Army veteran named Matt, who criticizes Trump for the unsubstantiated claim pushed in the media that the president called members of our military “losers” and “suckers.”

The ad to air during Monday Night Football will feature Arizona NFL hopeful Tristen Vance, who is upset that the coronavirus has put his bid to join the NFL on hold, and he blames Trump for it all.

The ads are part of a $56 million TV ad buy rolling out in the last two weeks of the campaign before the Nov. 3 Election Day.