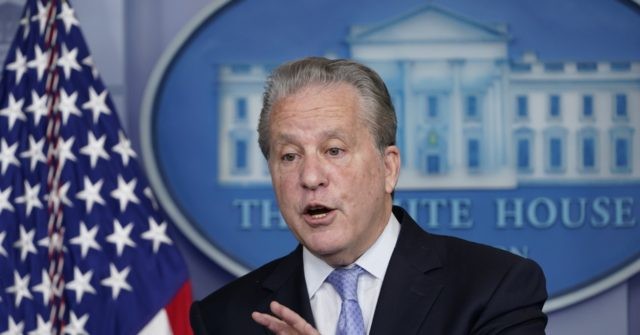 Sperling responded to Powell’s comments by saying, “Jake, that is clearly correct, and that is not contradictory with anything this president said.”

After agreeing that there was pre-invasion inflation, Sperling added, “What the president — what is clear, though, is the gas price element is due solely to what we’ve seen from the aggression. That it was at $3.31 [on] January 17 — was actually below the real average over the previous decade. Now, it’s been closer to $5, and you’ve seen $2 hikes in places like Canada and Germany. So there’s no contradiction between the fact that, yes, we were struggling with pandemic-related supply chain and price pressures before this, but that the reason we’ve seen the gas price rise, both here and really around the world, is due to Putin. And the fact that I think inflation overall has tended to go up, that it averages 9.2% in the 38 major countries has certainly — there’s been a major contribution from the gas run-up due to Putin. But no, we’ve never suggested that is the only cause. It is one of the primary causes though.”