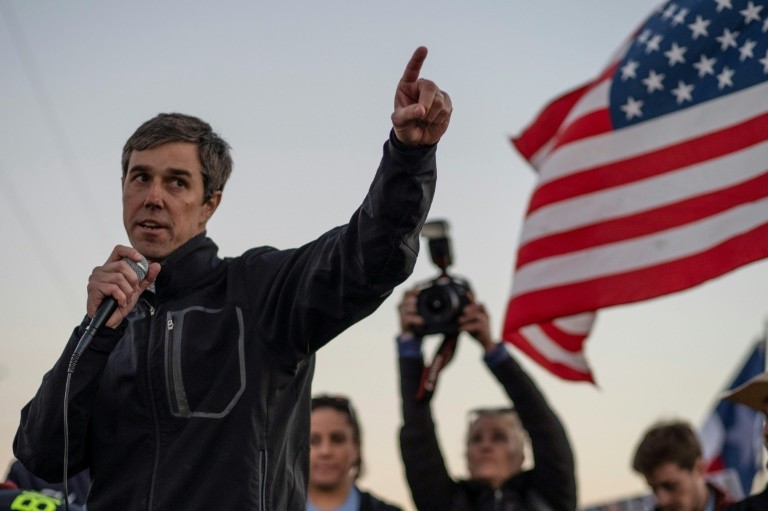 Presidential candidate Beto O’Rourke (D) said Wednesday that he respects Nike’s decision to pull its Betsy Ross flag sneakers and added that white nationalist groups have “appropriated” the early flag for their own dark purposes.

“I think its really important to take into account the impression that kind of symbol would have for many of our fellow Americans, respect the decision Nike made and grateful for the conversation,” O’Rourke told reporters, according to Jewish Insider senior political reporter Ben Jacobs.

Beto on the Nike/Betsy Ross flag controversy: “I think its really important to take into account the impression that kind of symbol would have for many of our fellow Americans, respect the decision Nike made and grateful for the conversation [that it is provoking]

O’Rourke added that white nationalist groups have, in some cases, “appropriated” the flag.

Weird that no one had a problem with The Betsy Ross Flag when it flew over Obama’s inauguration. Now it’s not patriotic… ok got it. 🙄 #morons https://t.co/wkxDRZs6bM

O’Rourke is not the only presidential candidate to support Nike’s decision. Former HUD Secretary and former San Antonio Mayor Julián Castro (D) told MSNBC Wednesday that he was “glad” Nike dropped the sneakers and drew a comparison to the Confederate flag.

And look, there are a lot of things in our history that are still very painful — the Confederate flag that still flies in some places and is used as a symbol, and I believe that we need to move toward an inclusive America that understands that pain, that doesn’t wipe it away from history in the sense that it still belongs in a museum or we need to read about it and understand the significance because that’s how you learn and make sure that we don’t make the same mistakes in the future, but does not glorify it, does not celebrate it.

Nike set off the cultural firestorm this week after deciding to pull its “Betsy Ross” flag-themed sneakers, following backlash over what critics say is “offensive” symbolism associated with the flag.

“Nike has chosen not to release the Air Max 1 Quick Strike Fourth of July as it featured the old version of the American flag,” a Nike spokeswoman said, according to the Wall Street Journal.

Former NFL star Colin Kaepernick – who served as the face of Nike’s “Just Do It” campaign in 2018 – reportedly reached out to the company following its decision and confirmed that he considered the flag offensive due to its connection to the broad era of slavery.