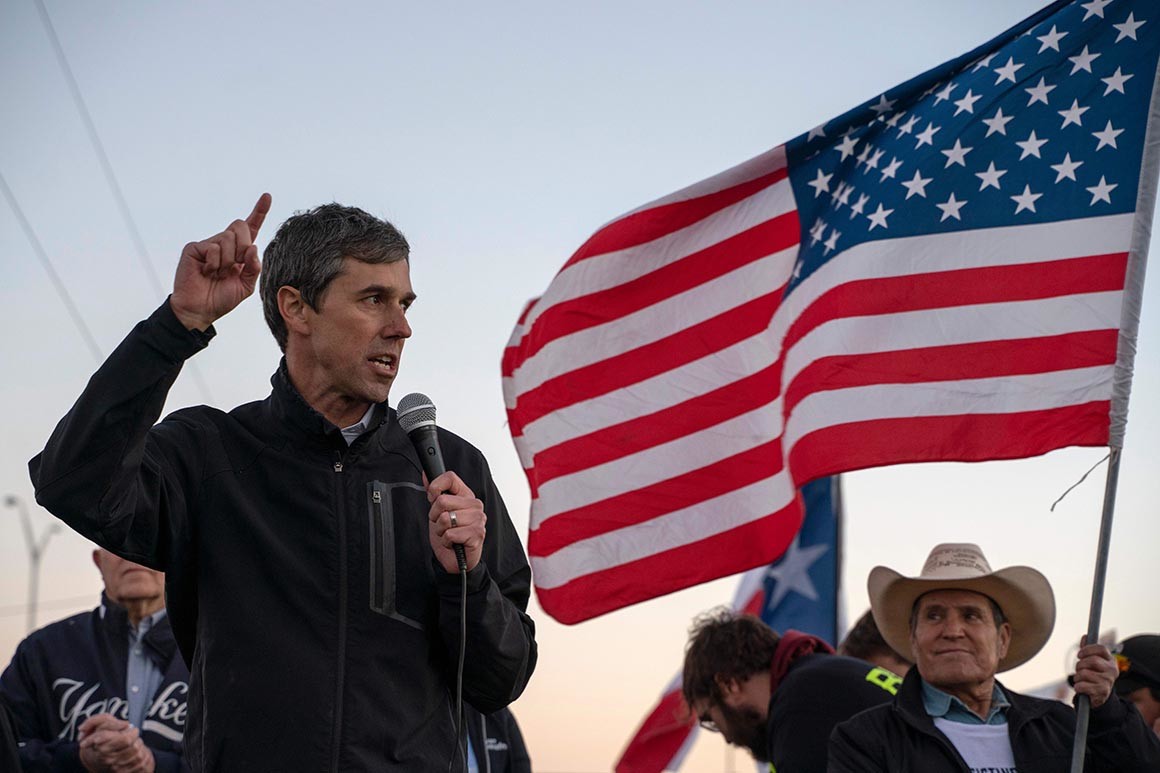 Former Rep. Robert Francis “Beto” O’Rourke (D-TX), the failed 2018 Senate Democrat nominee in Texas, said in an interview with MSNBC’s Chris Hayes at the border that he would tear down existing border wall along the U.S. border with Mexico.

MSNBC’s Chris Hayes: “If you could, would you take the wall down now? Knock it down?”

O’Rourke: “Yes, absolutely. I would take the wall down.” pic.twitter.com/0jYSc1kKh8

Hayes asked a question that was tweeted by Rep. Dan Crenshaw (R-TX), which is whether O’Rourke would tear down existing wall in El Paso despite the fact the wall there is working.

.@BetoORourke should answer a simple question tonight with respect to the border debate:

If you could snap your fingers and make El Paso’s border wall disappear, would you?

Because this DHS graph shows that when the wall was built, illegal crossings dropped significantly. pic.twitter.com/JgquXfw2Ee

“If you could, would you take the wall down here now?” Hayes asked O’Rourke.

“Yes, absolutely, I would take the wall down,” O’Rourke replied.

O’Rourke is widely reported to be considering a run for the White House in 2020 as a Democrat against President Donald Trump. In response to O’Rourke’s push to tear down existing border wall, Donald Trump, Jr., the president’s eldest son who introduced his father at the El Paso rally earlier this week, joked on Twitter that he wants O’Rourke to run for president:

Trump’s campaign manager Brad Parscale also said that he wants to know if the other Democrats running in 2020, or potentially running, support O’Rourke’s radical view of tearing down existing wall:

Curious to know if @KamalaHarris, @CoryBooker, @ewarren, @JulianCastro, @gillibrandny and @amyklobuchar agree with @BetoORourke that we should tear down the wall that already exists at the border? https://t.co/YXMPBExTsD

At the El Paso rally on Monday night, Trump shifted his theme from “Build the Wall” to”Finish the Wall.”

On Thursday night, a veto-proof majority in Congress approved a widely unpopular spending bill that has other immigration problems in it but also funds the construction of 55 miles of new border wall along the U.S. border with Mexico. Trump is expected to sign the bill, thereby averting another government shutdown, but also to declare a national emergency wherein he will use executive authorities already delegated constitutionally and statutorily to the president to build the rest of the wall.

White House Press Secretary Sarah Huckabee Sanders confirmed on Thursday that Trump will declare a national emergency to build the rest of it.

What is particularly interesting, though, about this position from O’Rourke is that he is arguing the border–with a current wall in some places–has never been safer, but he wants to tear that wall down. This is before Trump even ever builds any new wall.