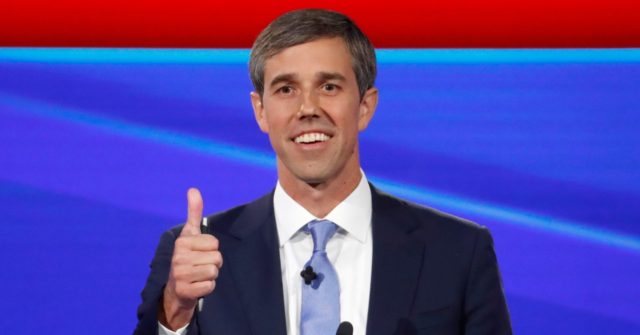 After using precious moments in the Democrat debate to emphasize plans to take away AR-15s and AK-47s, Beto O’Rourke told Breitbart News, “I’m not going to confiscate AR-15s.”

During the debate, O’Rourke painted a pro-confiscation picture when asked what would happen to AR-15 owners who refused to hand over their guns. He said, “If someone does not turn an AR-15 or an AK-47, one of these weapons of war, or brings it out in public and brandishes it, in an attempt to intimidate…then that weapon will be taken from them. If they persist, there will be other consequences from law enforcement.”

Raise your hand if you prefer freedom to Beto’s America. #DemDebate #DemocraticDebate pic.twitter.com/nncx4swYk3

His debate emphasis on confiscation came less than a month after CNN’s Chris Cuomo asked O’Rourke if he supported confiscation and O’Rourke responded, “Yes,” then stressed that his confiscatory focus is on AR-15s and AK-47s.

O’Rourke’s debate emphasis on confiscation came just over a month after he used the previous Democrat debate to say, “Hell yes, we’re going to take your AR-15.”