While running for president in 2019, Beto O’Rourke became famous for his repeatedly promise to confiscate the most commonly owned rifles in the United States. Now that he is running for Governor of Texas, he is trying assiduously to pretend that this didn’t happen.

Here’s a report from a local ABC station in East Texas, which covered a campaign event Beto held on Monday:

Speaking to reporters, O’Rourke also took a question about his controversial stance on guns and remarks made in 2019 about taking away AR-15s and AK-47s.

“I’m not interested in taking anything from anyone. What I want to make sure that we do is defend the Second Amendment,” he said. “I want to make sure that we protect our fellow Texans far better than we’re doing right now. And that we listen to law enforcement, which Greg Abbott refused to do. He turned his back on them when he signed that permitless carry bill that endangers the lives of law enforcement in a state that’s seen more cops and sheriff’s deputies gunned down than in any other.”

Really? “I’m not interested in taking anything from anyone. What I want to make sure that we do is defend the Second Amendment.” That’s Beto’s position? How stupid does he think we are?

Back in 2019, Beto was extremely proud of his promise to confiscate rifles. Here’s NPR’s reporting on it from the time:

Quoting the candidate’s past comment about selling back AR-15s and AK-47s, moderator David Muir asked O’Rourke: “Are you proposing taking away their guns? And how would this work?”

Here’s a video that O’Rourke put out showing himself saying it:

Here’s some merchandise that O’Rourke sold featuring the line (the store has now been deleted): 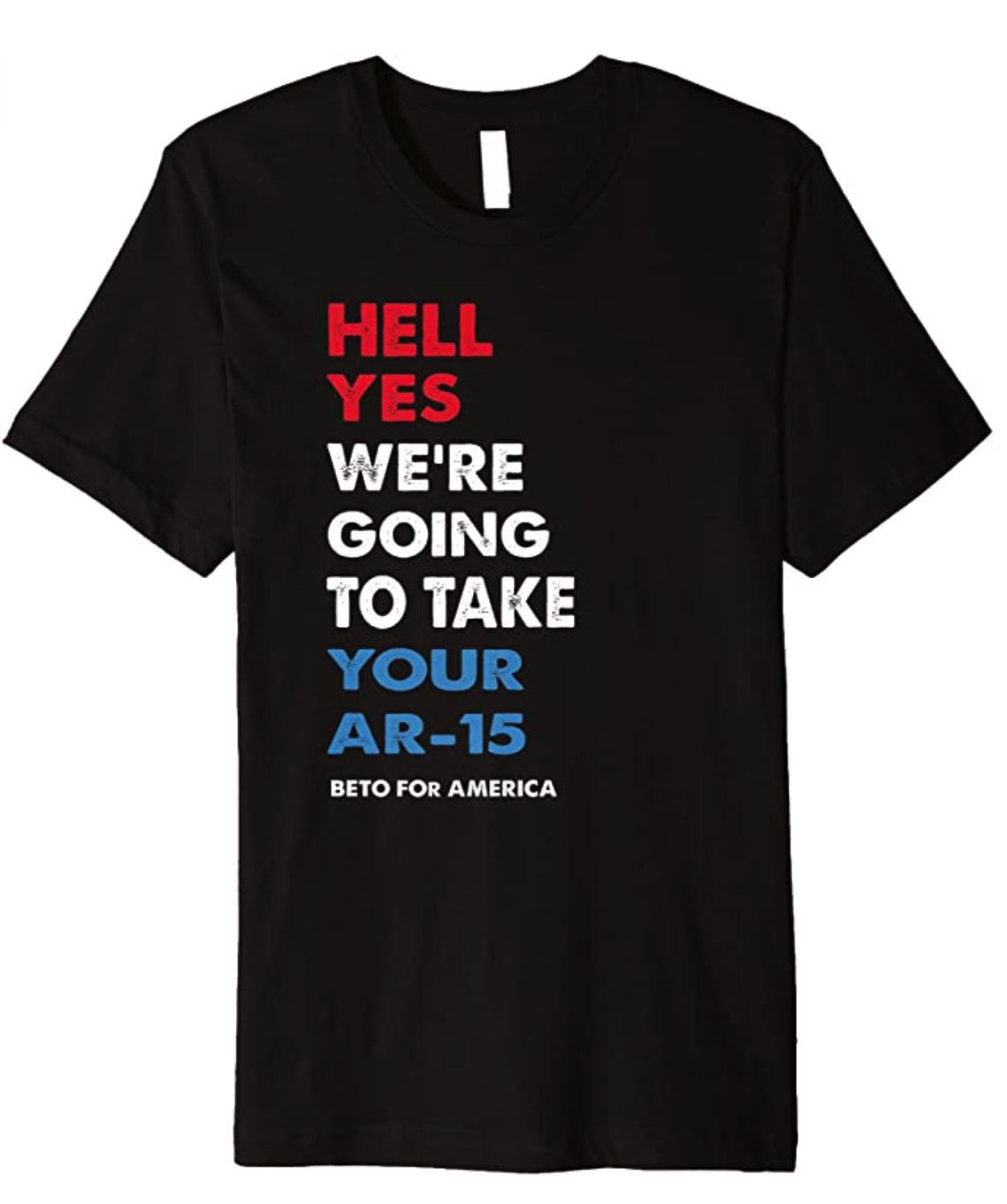 Here’s NBC blasting it out excitedly during the debate:

And here’s O’Rourke explaining that he thought Americans would happily go along with the plan:

Beto O’Rourke dismissed criticisms of his sweeping gun control proposal, telling CBS News in an interview Thursday night that he expects gun owners will go along with his plan to institute a “mandatory buyback” of high-powered rifles.

“If we’re able to pass mandatory buybacks and I’m able to sign that into law, then I fully expect our fellow Americans to turn in their AR-15s and their AK-47s,” the former Texas congressman said.

Commenting on O’Rourke’s gubernatorial bid, a fan told ABC that the thing they like the most about Beto is his honesty:

As for the supporters who came out to hear O’Rourke speak, many say they’re ready for new leadership in Texas.