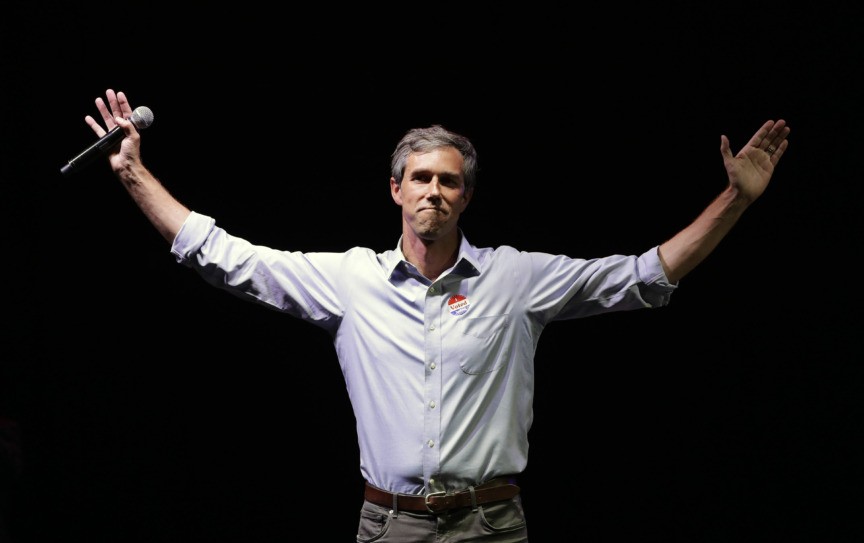 Saying “there’s never been a darker moment” in America in his lifetime, Rep. Robert Francis “Beto” O’Rourke (D-TX), a potential 2020 presidential candidate, said on Friday that President Donald Trump’s reelection campaign will be the “mother of all tests for this democracy.”

Speaking at a town hall event in El Paso, Texas, O’Rourke deflected questions about whether he will run for president, saying the 2020 questions were “interesting, speculative” questions that he wanted to “treat with respect since this is an official town hall that is focused on my responsibilities to you as a member of Congress.”

He said whoever runs against Trump in 2020 “may very well be running against somebody who has not the slightest respect for our norms, traditions, our institutions, civility, dignity, decency in public life.”

“This is the test, this is the mother of all tests for this democracy–whether we can run a campaign and have candidates at all levels from school board to the White House,” O’Rourke added before saying that though he is hopeful that “something good is going to come out of all this at the end of the day,” there has “never been a darker moment, at least in my lifetime, in this country.”

He added that “there’s never been a greater, more open question about rule of law, about whether our democracy can sustain the kind of attacks on our institutions… on our press, our courts, this cynical display of power of 5,400 troops sent to the border in the lead up to the midterm elections.”

O’Rourke even suggested that the Trump administration could have planned crowd control exercises in El Paso, Texas, to suppress his voters in 2018.

The failed Senate candidate spoke about the “crowd control exercises proposed in El Paso by the Border Patrol on election day — in this city that had the greatest turnout trying to perhaps suppress that turnout.”

“Who knows. You never want to ascribe motive, but it’s hard to understand why you would pick that day of all days,” he said, adding that he has lived in the El Paso area for most of his life and did not understand “the need for doing that.”

O’Rourke blasted Trump for saying “anything you want to from the highest perch in power” that had been revered for 242 years and said the true test in 2020 will be whether Democrats can campaign on issues against Trump instead of going for the most “bast impulses, instincts among us.”

He said the challenge in 2020 will be to not “succumb to the smallness, pettiness, and divisiveness” that defines so much of the national conversation under Trump.